Exploring the secrets of Stradivari's workshop

The workshop where Stradivari made the instruments of his golden period was demolished in 1938. Andrew Dipper uncovers the clues that give an insight into the great master's working environment 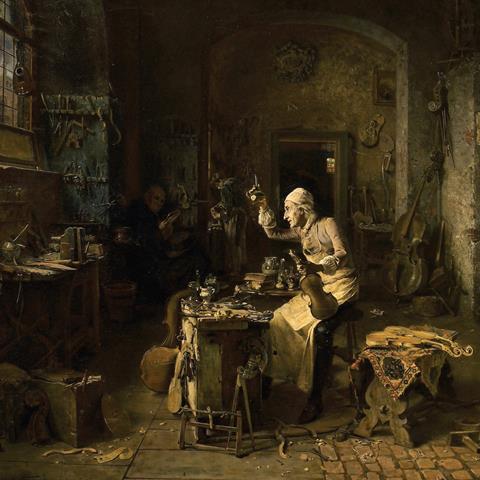 To tie in with our feature in the January 2020 issue on the mysterious alchemy of the madder root pigment, here is an extract from The Strad’s archive feature on Stradivari's workshop, published in the October 2015 issue. Click here to subscribe and login. Alternatively, download through The Strad App.

In 1884 the British clergyman H.R. Haweis published a memoir, 'My Musical Life', in which he described a visit to Stradivari’s house in the summer: he reported the atmosphere as ‘like a furnace’. In my experience, having had a workshop in Cremona in a building of about the same age as the Stradivari house, this description is absolutely true.

The shop was so hot in the summer that it was necessary to start work at first light. By midday the heat and humidity made it impossible to continue. The whole city would slow down for lunch and the siesta, resuming work again at around 3pm. The working day would finish around 7pm.

I understand why it is useful to have a downstairs workshop with high ceilings and high windows that would retain the cool overnight air. However, light is a problem, and without good light, making the inlays and decorative work on the instruments would have been very difficult.

A 'seccadour', of which there were probably two in the Stradivari house, would have allowed the fine finishing and inlay work to be done. However, Stradivari’s instrument production was on such a large scale that the downstairs workshop would have been useful at night for arching the violins and finishing scrolls.

Using candlelight for arching is one of the most exacting ways to achieve the subtleties of the Stradivari lines and surfaces, because the flickering source of light throws distinct and moving shadows that do not tire the eyes.This workshop also had a small terracotta stove, which would have been used for heating glue and bending irons necessary to form the rib garlands of the violins.

The complete Stradivari workshop article is published in The Strad’s October 2015 issue.Click here to subscribe and login. Alternatively, download through The Strad App.