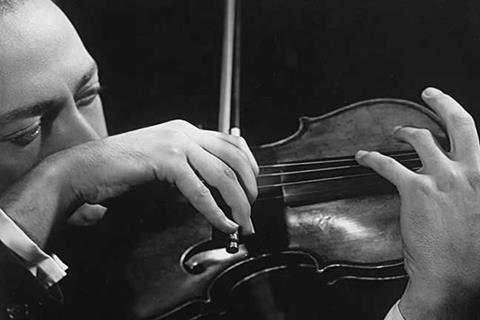 Considered by many to be the finest violinist of all time, Jascha Heifetz had a long and successful performing and recording career beginning in Vilnius, Russian Empire (now Lithuania), where he was born. Initially taught by his father, a local violin teacher, he went on to study with Ilya D. Malkin and Leopold Auer, making his public debut, aged seven, playing Mendelssohn's Violin Concerto in E minor. From then on, he became the family's breadwinner, widely revered for his near-perfect technique and intense, shimmering tone. On hearing him, Fritz Kreisler famously said 'We may as well break our fiddles over our knees', though from time to time Heifetz was criticised for being overly mechanical, even cold. The critic Virgil Thomson, for example, called his style of playing 'silk underwear music'.  An emigre living in the US for most of his life, Heifetz produced a vast discography, commissioning a number of pieces, most notably William Walton's Violin Concerto, and performing all over the world, until an injury to his bowing arm led him to focus, instead, on teaching. He owned the 1714 Dolphin Stradivarius, the 1731 'Piel' Stradivarius, the 1736 Carlo Tononi and the 1742 ex David Guarneri del Gesu.