In an article from August 2006, the Canadian violinist explains how he wrote his own cadenzas for the composer's violin concertos 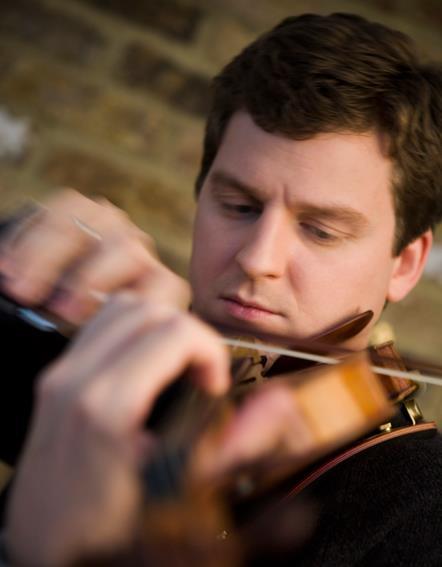 In the current issue of The Strad, James Ehnes gives a guide to tackling the tricky technical demands in Prokofiev's Violin Concerto no.2. Here's an article from August 2006 in which he describes how he went about writing original cadenzas to Mozart's violin concertos, and took inspiration from the composer's piano works. Readers can also download PDFs of his cadenzas to Concertos no.1 (K207) and no.2 (K211) at the end of the article.

When I learnt Mozart’s First Violin Concerto, at the age of 17, I didn’t find any cadenzas for it that I particularly liked, and my teacher suggested that I write my own. I was in scholastic mode and didn’t have much to lose, so from this point onwards, whenever I had a performance of one of the early concertos, I’d work on my own cadenzas.

The first thing I did was look at Mozart’s instrumental style. It is simple and yet manages to be virtuosic, so I took that as a guide. There are a few existing cadenzas of his for the early piano concertos, and I looked at the way that they are constructed. This gave me ideas about the proportions between the length of cadenza and length of movement, and the types of harmonic modulations that appealed to him. Everything remains beautifully in proportion. If the cadenza becomes the main event, it takes away from the overall pacing of the movement, but he doesn’t do that.

Then, in my mind, I organised the main ideas and themes and played around with them. If they weren’t working, I’d pick out interesting connective tissue, of which there is so much in Mozart – little lines or figurations. The crafting process involved finding lines that flowed naturally. I tried to keep the cadenzas simple, so if I was noodling around and it went in a particular direction, I considered this a good thing. Cadenzas in this era weren’t like the big Romantic ones that are so intricately crafted and refined.

I had an old notebook, and I would scratch down things that I thought were interesting. They weren’t very legible, which was a good thing, because every time I came back to the pieces enough time had passed that I couldn’t remember what I had done, and it would force me to rethink and improve it. The book was a dog’s breakfast!

The First Concerto is a compact piece; it’s not very long, and it’s Mozart at his most fresh and bright. There’s not a lot of messing around – it moves naturally from ‘here’ to ‘there’. My cadenzas have some tricky, quick fingerwork, which I feel suits the piece. The first-movement cadenza is similar to the movement itself, in that it goes from one theme to another in a natural way. It visits a couple of places harmonically, moving simply, providing a vehicle for the soloist and a change of texture, but without changing the overall impression of the movement. If you listen to the exposition, you get a sense of the proportions that Mozart was after; if the cadenza were too long, it would throw the proportion of the movement out of kilter.

The second-movement cadenza explores the beautiful lines that Mozart has presented, while the third-movement one has fun with the virtuosic elements of that movement. This piece often takes audiences by surprise: people always tell me how much fun it is to hear, and I don’t know why it hasn’t become more popular.

The Second Concerto is simpler than the first, and so are my cadenzas. The first-movement cadenza is a gentle piece: rather than opening with a grand flourish, it starts calmly before getting into the main material, playing around with some quasi-pianistic arpeggio figures. The second movement is also simple and the last thing I wanted to do was destroy its sense of stillness. With the embellished fermatas, I tried to find uncomplicated scalic or chromatic ways of getting from one point to another because the writing in this movement is very smooth and sensual. The movement is unhurried and has a sense of repose, so I wanted a mood for the main cadenza where time is static. It’s not long – I wanted it to feel like a couple of breaths, a couple of ideas, before returning to the piece.

The last movement is a rondo in which the various statements of the rondo theme are separated by fermatas. Since the statements of the theme are always slightly different, I made all the embellished fermatas different; one straightforward, one playful, one longer – whatever fits the place and time, taking into account where the music is coming from and going to.

To read James Ehnes's thoughts on Prokofiev, download the digital edition of The Strad as part of a 30-day free trial, or click here to find out how to subscribe to the magazine.