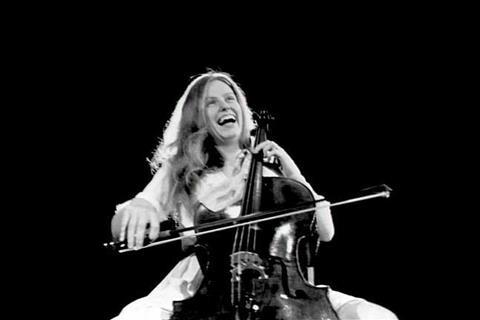 Described by Itzhak Perlman as ‘one of the most unique musical personalities ever to perform on stage,’ Jacqueline du Pré is regarded to be among the greatest cellists of the twentieth century. Born in Oxford in 1945, her musical education saw her study with legendary cellists Pablo Casals, Paul Torterlier and Mstislav Rostropovich. She made her formal debut at the Wigmore Hall aged 16 and became closely associated with Elgar’s Cello Concerto in E minor, her interpretation of which has become a benchmark for all other cellists. In 1967 she married pianist Daniel Barenboim, whom she met whilst working with Itzhak Perlam, Zubin Mehta and Pinchas Zukerman. Her career was tragically cut short by multiple sclerosis, which forced her to stop performing at the age of 28. She continued to teach on occasion, but the deterioration of her health gained momentum and finally, on October 19, 1987, she died at the age of forty-two.