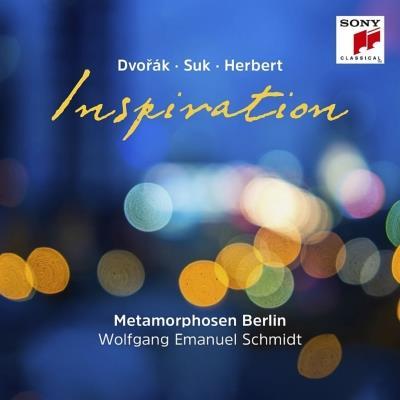 Josef Suk’s Serenade for Strings is still cast in the role of Cinderella to the more popular works of that title by Tchaikovsky and Dvorák, which seems particularly unjust when heard in such a persuasive performance as here. It comes from a new name on the international stage, Metamorphosen Berlin, formed five years ago by its conductor, Wolfgang Schmidt – its 16 young multinational members drawn from major German orchestras and ensembles. It produces a warm, full sound for the long, flowing melodies that run through the first and third movements of the Suk, and is equally persuasive in the helter-skelter finale.

Open textures, allowing much inner detail to emerge, are the hallmark of Schmidt’s ideally paced performance of Dvorák’s Serenade, though you might find Metamorphosen Berlin a little lightweight when compared with the full orchestral strings of the many famous orchestras already on disc in this work. Schmidt becomes the eloquent cello soloist in his arrangement of Suk’s Love Song, his honeyed tone and impeccable intonation enhancing a group of three modest salon pieces by Victor Herbert, the second a particularly delightful ‘Punchinello’.

The engineers have surrounded the sound with reverberation that gives the impression of a slightly larger group of musicians.