In Search of Original Sound - Schumann: Cello Concerto in A minor op.129; Symphony no.2 in C major op.61 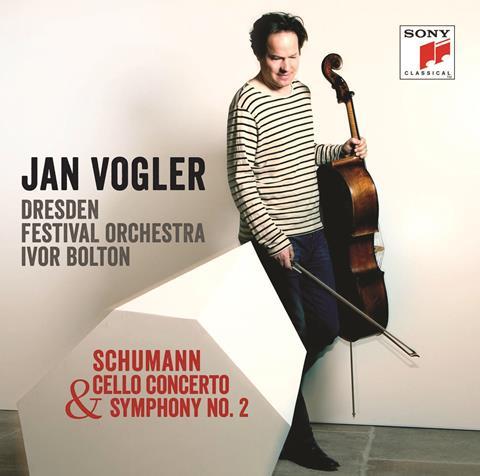 Last year the cellist Jan Vogler, the Dresden Festival’s general director for the past eight years, followed the example of the strings of the Festival Orchestra and strung his 1707 ‘Castelbarco–Fau’ Stradivari with gut for Schumann’s Cello Concerto. The result, he writes, was revelatory, giving ‘a whole new feeling’ to his playing. The combined sound created by Vogler and the orchestra – made up of top historical performers from across Europe – is remarkable for its depth and definition. Vogler is a master at making the gut speak. His tone is clear and penetrating, nasal but well focused, and what it lacks in silky smoothness it p up for in emotional weight.

The recording at times has something of a chamber feel, with the orchestral parts brought out particularly clearly and yet never swamping the solo line. The double-stops in the heavenly slow-movement duet may not ring out as fully on gut as they do on steel strings but, with their more human, speaking quality, convey the emotions of the music more movingly. There is fantastic definition on all the rapid spiccato semiquavers in the finale’s solo line.

Ivor Bolton brings grandeur to Schumann’s orchestral writing, both here and in his clean, convincing interpretation of the Second Symphony, composed in Dresden.