If you're not nervous, your playing is not going to be exciting': Cellist and 2016 Schoenfeld winner Christoph Croisé

The 22-year-old Swiss musician discusses preparation, practice and repertoire in an exclusive interview 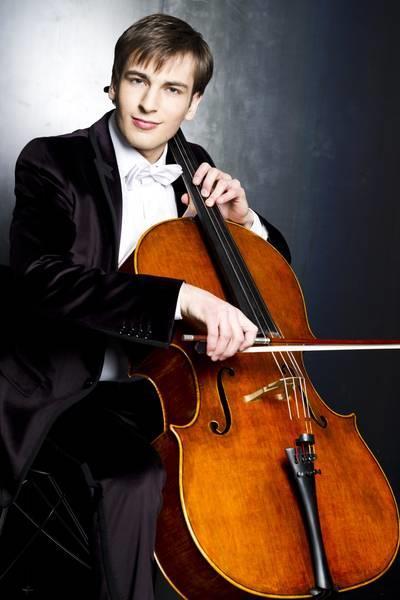 As Christoph Croisé enters his dressing room after performing Schumann's Cello Concerto, one thing is on his mind: 'I'm going to go through the passages I messed up and see if I can fix them.' The 25-minute work, in which all three movements are played straight through without a pause, was the centrepiece of his performance at the final of the cello section in the 2016 Alice and Eleonore Schoenfeld International String Competition, which took place on Friday 29 July. 'I was practising until 2am two nights ago,' he admits. 'I was told I'd be the last candidate playing in the evening session, so I thought I'd be OK. Then I received an email saying the violin and cello divisions had been switched round, so I'd be playing in the morning instead! But this kind of thing happens at every competition, so you kind of expect it!'

Croisé, 22, is now a veteran of several competitions, including the 2015 International Johannes Brahms Cello Competition and the 2016 Manhattan International Music Competition (he took the first prize in both). 'I like entering competitions because they're a great way of making you focus,' he says. 'I try to keep my preparation time as short as possible because it's important to keep it fresh in your mind. They also mean that you learn more than just the standard repertoire: in two weeks' time, for example, I'm playing in the Carlos Prieto Competition, so I have to learn some Mexican pieces, while for the Schoenfeld we had a Chinese piece by Damin Ren (Cantonese Capriccioso no.2). My tutor Wolfgang Emanuel Schmidt and I spent a long time going through the score finding how to play it: we were given a summary that said the first part was like 'the harmonious beauty of undulating moonlight reflected on the lake' and the second 'expresses a cheerful festival atmosphere'. Of course, there's also a lot of standard repertoire: the Piatti Caprices and the Bach Suites come up in many competitions, so it's fun to practise some more unusual works as well.'

Despite practising for up to ten hours a day, Croisé still gets tense before each performance - in fact, he says, it's an essential part of preparation. 'if you're not nervous, your playing is not going to be exciting,' he maintains. 'Normally, though, it comes naturally! Otherwise I tell myself that I can't wait to go out on stage and give it everything I have - that usually does the trick.'

Pictured: Christoph Croisé with his 1712 cello made by Matteo Gofriller in Venice.