How to phrase feedback get the best from your student

Are the words teachers use helping or harming their students? Femke Colborne learns from psychologists and string instructors that the way feedback is phrased can dramatically affect a student's progress 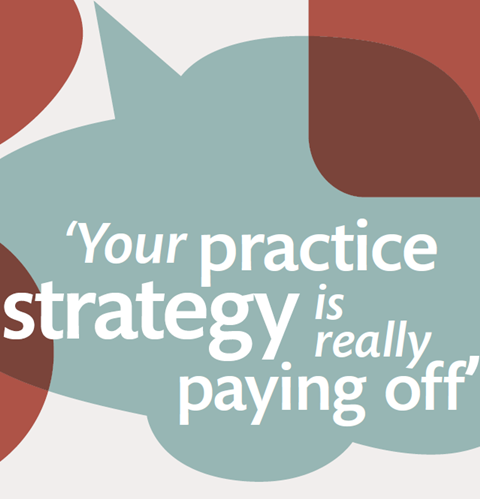 In the past few years, a number of studies have shown that praising a student’s effort helps them progress, whereas repeatedly telling a student how talented they are can make them arrogant and lazy. New theories are also emerging to suggest that the exact words teachers choose can affect students’ progress to a greater extent than previously thought. Neuro-linguistic programming (NLP), for example, aims to challenge negative thought processes and patterns of behaviour by focusing on various methods of communication, including language. According to the NLP model, certain specific words can make or break a student’s progress, and it is crucially important for teachers to choose their words carefully.

Stanford University Psychologist Carol S. Dweck has led various studies showing differing outcomes for children who are praised for their effort versus others who are praised for their talent or ability. Her 2006 book 'Mindset: The New Psychology of Success' focuses on the positive implications of what she calls a ‘growth mindset’ – the belief that success is determined by hard work. This contrasts with what she refers to as a ‘fixed mindset’ – the idea that talent is innate and there is nothing we can do to change it.

In one of Dweck’s studies, 400 children were given a short task to complete. Afterwards, some were praised for their intelligence (‘Well done, you must be really smart’), and others for their effort (‘Well done, you must have worked really hard’). The children were then asked whether they would like their next task to be challenging or easy. Two thirds of those praised for their intelligence chose the easy task, whereas ninety per cent of those praised for effort wanted the more difficult one.

Next, the children were given some more challenging problems. Those children praised for their intelligence lost their confidence and enjoyment of the task – if success meant they were smart, then struggling meant they were not. However, the effort-praised children remained confident and eager. When the problems were made easier again, the children who had been praised for their intelligence did poorly – even worse than they had done initially. They had essentially lost their motivation: having been praised for their natural ability, they had been encouraged to believe that a task was only worth doing if they were naturally good at it and didn’t have to try very hard. The children praised for effort, on the other hand, continued to improve because they’d received encouragement for working hard. When asked to report their scores, almost 40 per cent of the intelligence-praised children lied because they didn’t want to admit that they might not be naturally good at something – their sense of self-worth had become tied up with getting a good result.

‘People with a growth mindset believe talent and ability can be developed; they understand that everyone can develop talent,' says Dweck. 'I do believe in innate ability to some degree, but there are a lot of child prodigies who do not go on to become successful adults, and a lot of people who are not successful as children but become outstanding adults. What we have found is that the growth mindset predicts greater achievement.’

According to Dweck, praise for talent could be particularly dangerous for music students. ‘Many teachers think they should constantly say how talented students are and think that that gives them confidence. But confidence comes from the process. It is not enjoyable for children if they think their talent is at stake every time they play. It is better to emphasise how much the child has improved.

Dweck’s theories can also be applied in a performance context. ‘Suppose a child has given a wonderful performance,’ she says. ‘You might say, “Wow, you’re so talented,” but it is better to say, “Wow, all your hard work has really paid off. Before a performance, do not tell someone they are talented – tell them how hard they have worked and what that will bring to their performance. If you focus on their talent and they start faltering, they will lose faith in themselves completely.’

Many teachers agree that it is important to praise effort over ability. Swedish cellist Mats Lidström, a professor at London’s Royal Academy of Music, says: ‘A student may be told for the entire period of study that he is great and marvellous, so after a while the student believes it too and the ear gets numbed but the self-confidence is high. So now you have a self-confident, often opinionated student, who plays out of tune. Then they leave their school and go out to try for jobs. After several attempts, they start to wonder why they never get a trial after their audition. The process of crumbling has begun.’

Stephen Shipps, a violinist and teacher at the University of Michigan School of Music, agrees. ‘Josef Gingold always said that the more gifted we are, the harder we have to work,’ he says. ‘If you slide by on talent you will fail. You have to work as hard as you can with what you have. Some people would say that no matter how hard you work, if you’re not talented you will not succeed – but that is not true. I have seen students go on to have major careers with medium talent at best, and 99 per cent of that is hard work.’ It seems that although on the one hand there is hope for all of us, on the other, even with all the musical talent in the world there is no guarantee of success.

Roger Terry is director of training and research at Evolution Training, which offers NLP-based learning and development programmes, and co-author of the book NLP for Teachers: How to be a Highly Effective Teacher. He agrees that it is important to praise hard work and effort, but believes this is only one piece in a very complex jigsaw when it comes to choosing the right language to motivate students. It is important to use sensory language to help students visualise instructions. ‘If you are teaching a child how to hold a bow, for example, sensory language creates a better picture in their mind,' he says. 'If you think about a handful of coins, using sensory language you might describe them as shiny, say they clink when they move, or that they are heavy, warm or cold. That creates a good picture. You should think about how it feels to hold the bow in a particular position, and be as specific as possible.’

According to Terry, the worst thing a teacher can do is to tell a student not to do something. ‘Our brains don’t handle negative language,’ he says. ‘If I tell you not to think of a purple parrot in a green tree, what is the first thing you think of? If you say don’t do something, the student has to negate that picture.’ The word ‘try’ is also off limits. ‘The word has failure built into it. Imagine you are running for the bus and the bus is pulling away, and I say to you, “Try to catch up with it.” What happens?’

It is important to confirm when a student is getting something right, adds Terry. ‘Be specific about exactly what they did that was right and feed back positive things. Too often, teachers only feed back the negative – if someone gets eight out of ten in a test, the focus is on the two that they got wrong.’ When giving feedback, he recommends beginning with a positive comment, suggesting one thing the student could improve and then ending with some overall praise – a ‘sandwich’ approach. ‘Only give them one thing to improve at a time. If you give them a string of improvements, the brain won’t cope.’