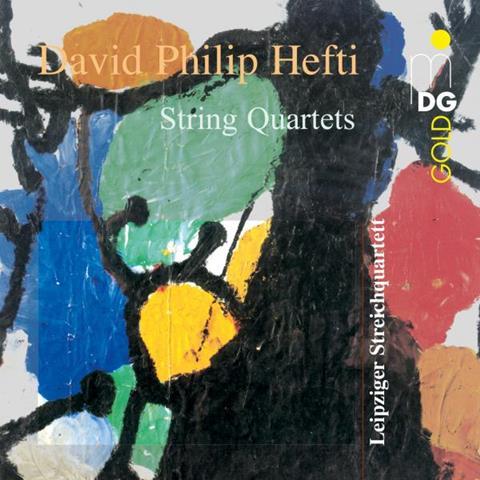 Young Swiss composer David Philip Hefti (b.1975) has produced four string quartets so far, and they’re a wildly contrasting bunch, full of music that’s hard to classify. From the skittering speech imitations in his first quartet, Ph(r)asen of 2007, to the weirdly compelling variations on a Swiss folk song in the Guggisberg Variations (2008), they can sometimes seem like a catalogue of avant-garde effects. Yet there’s an engaging musicality running through the four works that makes following their strange twists and turns a pleasure.

Hefti has some thrilling champions in the Leipzig Quartet players. Always alive to the composer’s technical demands – which include everything from soaring melodies to thumps on the instrument bodies, not to mention a bit of singing and humming – they approach the music with due seriousness yet also a sense of the theatrical. They balance power and refinement beautifully in the third quartet, Mobile (2011), whose open forms allow them to emerge clearly as four individual players. And they manage to bring a feeling of flow and inevitability to the fragile, ever-changing textures of con fuoco (2011) in an intense yet understated performance.

There’s not much sense of new ground being broken in these works, but this is nevertheless engaging music given performances full of commitment and insight. Recorded sound is faithful and warm throughout.