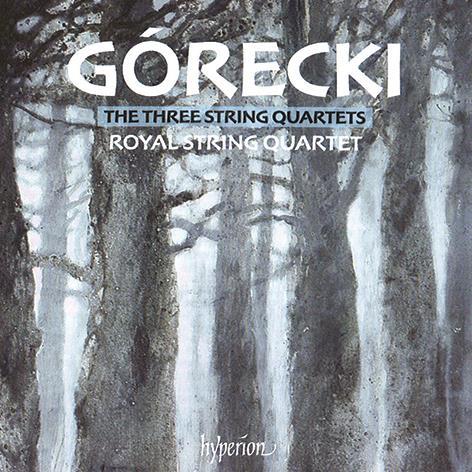 Henryk Górecki composed his three string quartets over a period of seven years in the 1980s and 90s, although he held back the last one for ten years – even he wasn’t sure why. All of them mull obsessively over repetitive material, often presented in extremis: the tempo markings for the Second Quartet are scattered with the word ‘molto’, and the second movement is marked Marcatissimo sempre. Dynamics are also extreme.

If the opening chord of the First Quartet doesn’t knock you back, then turn up the volume, or you won’t hear what follows: the wonderfully soft, spare, bleached-out playing by the Royal Quartet of Górecki’s mournful canons. Elsewhere the players are suitably violent and relentless as Górecki creates driving, looping friezes of sound. They are terrific at sustaining long, slow lines of musical thought, a skill much needed in the predominantly slow Third Quartet, by far the longest of the three at nearly an hour. It serves, too, for the opening of the Second Quartet, with its gloomy, winding viola line over a trudging cello.

Their sound is often stark and granitic, sometimes, quite appropriately, not very nice, as they tackle great blocks of sound like vicious machines. It is very fine playing, superbly recorded.