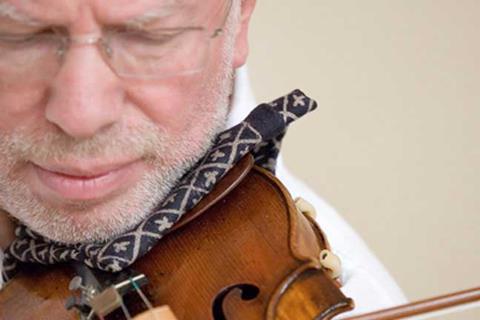 Born in Riga, Latvia, Gidon Kremer began studying at the age of four with his father and grandfather, who were themselves distinguished string players. At the age of seven, he entered Riga Music School before moving to the Moscow Conservatory at the age of 16 to study under David Oistrakh. Over the course of his career Kremer has won several prestigious awards including the 1967 Queen Elizabeth Competition and the first prize in both Paganini and Tchaikovsky International Competitions. Kremer commands an extensive repertoire, encompassing all of the standard classical and romantic violin works, as well as music by twentieth- and twenty-first century masters such as Henze, Berg and Stockhausen. He is also a proud advocate of contemporary Russian and Eastern European composers. In 1981 Kremer founded Lockenhaus, an intimate chamber music festival that continued to take place every summer in Austria for 30 years until 2011. He currently plays on a Nicola Amati, dated from 1641.