Of the five or six Stradivari guitars still extant, it is also, thanks to a recent restoration, the only one that is currently playable. Violinmaker Gregg Alf takes a closer look
[click + to zoom] 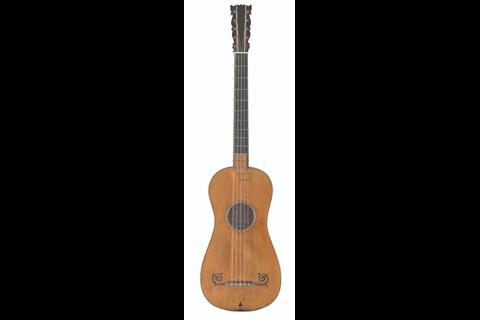 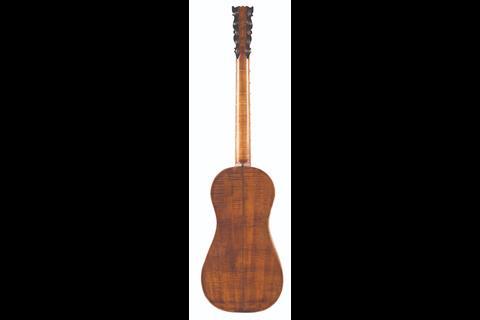 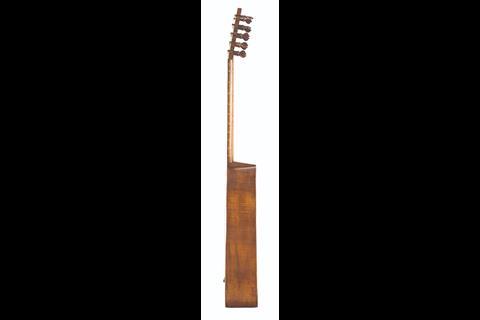 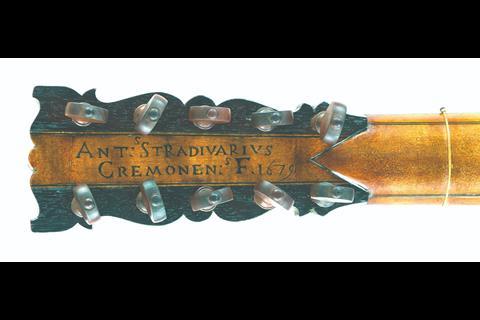 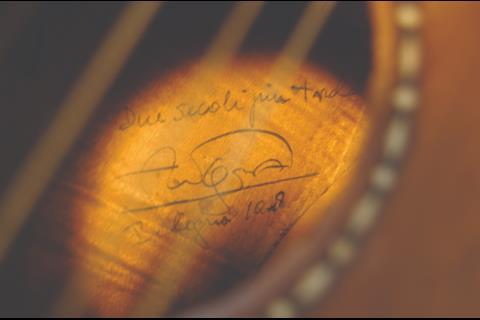 By the end of the 1600s the guitar was quite popular in Europe. Many were built in Cremona, in the Stradivari, Amati and Guarneri workshops. Of the five or six Stradivari guitars still extant, the 1679 ‘Sabionari’ is, thanks to a recent restoration, the only Stradivari guitar that is currently playable. Hearing the sound of an original Baroque guitar is something extremely rare and helps scholars and musicians to understand both Stradivari’s conception of guitars and contemporary interpretations of 18th-century music. For this reason, online recordings of this guitar are very popular.

As with all Stradivari instruments, the ‘Sabionari’ was modernised. In the early 19th century in Ferrara, it was converted to a six-string guitar by the Italian Giuseppe Marconcini, who changed the neck, peghead and bridge, and added new linings and braces. The original nameplate was saved and refitted. After 150 years the new neck and peghead were infested by woodworm but surprisingly – possibly from some kind of wood treatment, the insects spared the original soundboard and bracing wood by Stradivari.

The restoration in 2011, by Sinier de Ridder in France, did not involve opening the body. But Marconcini’s neck and peghead were replaced with new parts mounted on the original nails, matching the original diapason of 74cm. A new bridge, rosette and moustaches copied from the ‘Hill’ and ‘Giustiniani’ Stradivari guitars were added; two of the tuning pegs were original. The rosette was crafted by the Milanese artisan Elena Dal Cortivo.

In 1948 the virtuoso Spanish guitarist Andrés Segovia examined the ‘Sabionari’ and left his own signature and dedication to Stradivari on the back, just under the soundhole.

This text is from the Tokyo Stradivarius Festival brochure, published in association with The Strad and available free with the July 2018 issue. The ‘Sabionari’, part of the Museo del Violino, Cremona collection, is one of 21 instruments being exhibited as part of the festival at the Mori Arts Center Gallery from 9 to 15 October 2018. 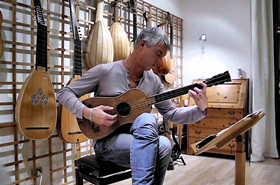