From the Archive: copy of a late Stradivarius violin by Nicholas Lupot 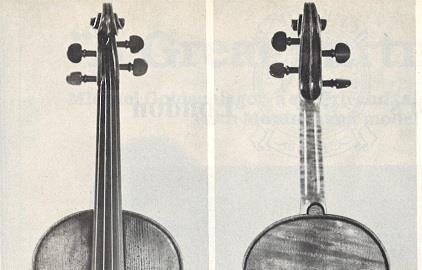 This illustration of a violin by Nicholas Lupot was published in The Strad, February 1983. The following text is extracted from the article accompanying the photographs:

Lupot was the first maker, together with his colleague Francois Pique, to recognise and establish beyond doubt the superiority of the Stradivarius model and to endow his own work with many of the Italian characteristics, including a very fine varnish, while retaining his won identity at the same time.

Besides making a violin each year for the Paris Conservatory Prize he was also under contract to keep in order all the instruments at the Conservatoire. the violin illustrated is a copy of a late Stradivarius. this demonstrates clearly Lupot's  intense interest not only in Stradivari's golden period but also in the later and arguably the more intriguing work of the master.