From the Archive: a violin by Barak Norman, London 1704 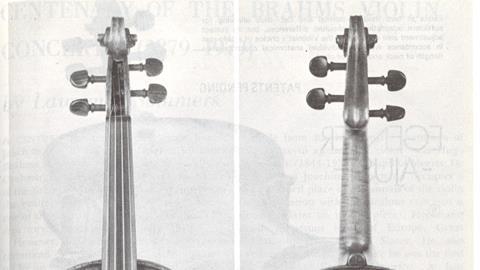 This illustration of a violin by Barak Norman was published in The Strad, February 1979. The following text is extracted from the article accompanying the photographs:

Barak Norman, who is among the best of the Old English School of viol and violin makers, was probably a pupil of Thomas Urquhart, a London maker who was active during the latter half of the 17th century. Genuine violins by Norman are rare and he was mainly engaged in the construction of violas and members of the viol family. he is also said to have been the first English maker of cellos.

Barak Norman instruments sometimes have double purfling together with other Maggini features including sound-holes with the lower circles smaller than the upper ones. This maker used fine wood and a splendid varnish, usually a rich dark brown. His work seems to have been influenced by the Brescian School and the instruments of Stradivari.

The violin illustrated has its original hand written label:

at the Bafs Viol