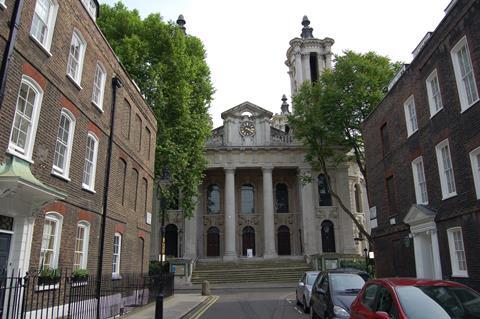 Graduate training orchestra Southbank Sinfonia and London’s St John’s Smith Square, a church converted into a concert hall, have announced that they will join forces to become a single entity.

The new organisation, which will be known as Southbank Sinfonia at St John’s Smith Square, is intended to create a ‘hub for world-class musical development, placing emerging talent at the heart of the organisation’.

Southbank Sinfonia was established in 2002 and since then has provided around 600 promising graduate musicians, recruited from around the world, with orchestral experience and opportunities to make new connections in the music industry.

The Baroque church of St John’s Smith Square was completed in 1728 but was rebuilt as a concert hall after it was damaged by a bomb in 1941. It now hosts around 300 concerts per year with an annual audience of some 100,000.

‘This merger involves a much-loved venue with a world-class acoustic tying the knot with an orchestra built for the newest generation of exceptional talents,’ said Martin Smith, Chair of St John’s Smith Square. ‘The arrangement is future-facing and will be transformational for both parties. It provides a beacon of hope for young musicians in exceptionally difficult times.’

Southbank Sinfonia will mark the move to their new home with a live-streamed concert of music by Haydn and Beethoven on 15 April, details of which can be found here.