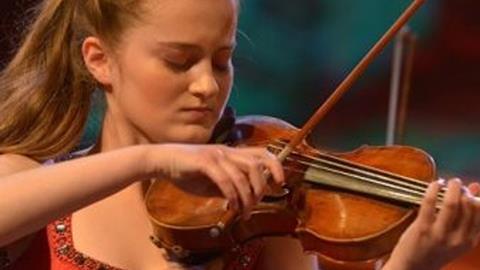 Her first release will be an all-Mozart album, to be recorded this November and released in 2017. Included on the album will be the composer's Fifth Violin Concerto and Adagio k.261 with the Netherlands Chamber Orchestra conducted by Gordan NikoliÄ‡, and the Violin Sonata, k.454, with pianist Yoram Ish-Hurwitz.

'I am so happy and honoured to be welcomed into the Warner Classics family, which contains so many wonderful musicians, and I am so looking forward to making the Mozart album,' said Wildschut. 'Mozart’s music is so clean and pure, yet also so full of life. He has a special significance for me since it was with his music that I won the Louis Spohr Competition, and that’s where my life as a concert performer really started.'