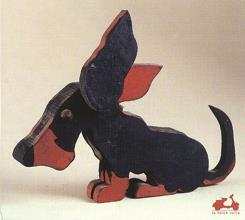 In their highly distinctive ways, these indelible chamber masterworks steer a tantalising musical course between neo-Romanticism and neo-Classicism, with Debussy leaning towards the former, Ravel the latter. Performances tend to focus either on creating washes of impressionistic tonal colour or detailed textural pointillism. Yet the Talich Quartet somehow manages to cover all the bases, playing with an exquisite sensitivity to phrase and instrumental balance, while achieving a convincing symbiosis between interpretative fantasy and instrumental finesse. In two works notorious for their intonational challenges (most notably the constant tonal shifting of the Ravel finale), the Talich players maintain its composure to a remarkable degree, and the engineering is no less finely judged to create a gentle ambient glow.

Debussy’s blatant Wagnerisms are kept nicely in check (the finale’s opening chromaticisms are blessedly free of cloying ‘Tristanitis’) and the pizzicatos of Ravel’s Assez vif second movement are dispatched with a swaying, fleshy nonchalance that avoids the pop-gun hysteria of those ensembles determined to be more ‘très’ than ‘assez’. There are occasions when one might prefer a more overtly affectionate response (the magical opening of the Ravel, for example), but this is to carp in the face of two highly accomplished performances.