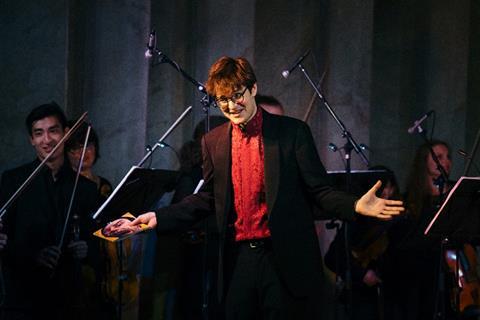 I am often asked the question: how do you go about creating innovative programmes for O/Modernt (the name of my festival in Sweden, which translates into English as ‘un/modern’)? My immediate response is to say that my focus is not, first and foremost, on the programme but on the listener, and that my overriding aim is to use programming to stimulate innovative listening.

Let me explain what I mean by telling a short anecdote. Once upon a time I was teaching a music history class in which we were enjoying a glorious Mozart aria, when an eager student with great conviction suddenly exclaimed, ‘Ah, but he got that from Puccini!’ Sheepish giggles broke out in the room, but before they could develop into full-blown laughter, I intervened with one word: ‘Exactly!’ A bemused silence swept across the class, before a more extended discussion ensued.

The moral of this little story illustrates something that we all know well (something that acts as a bothersome sticking point for authenticity purists in the early music movement), and it is this: we can never hear the music of Vivaldi, Mozart or any composer of the past in precisely the same way as that music was heard when it was new. The reason for this is that the music we hear, whether ancient or modern, local or exotic, passes though an idiosyncratic filter, unique to each of us, that is made up of every sound, every noise, every piece of music that has ever previously passed through our ears. We may not actively have listened to much of this acoustic activity – in fact, I would say we may very often have tried not to listen to it! – but it’s present nevertheless, and it locates our individual listening in our own particular time and place.

But – and it’s a huge but! – there are fundamental human qualities associated with music that I feel are universally accessible. These include, for example, the emotional and spiritual power that music harnesses, its lyrical depths, and its capacity to play with rhythms to create joyful, dancelike energy. And here we face a paradox: although we hear music in a historically determined way, it still manages to communicate timeless truths of human existence. This paradox is the impetus that drives my programming, for I believe that every concert I put together should aim to invoke these innately human feelings, values and characteristics, without undermining the beautiful idiosyncrasies that shape the acoustic filter of each and every listener wherever or whenever he or she happens to be listening.

The method I’ve developed for achieving this admittedly unreasonable aim is to try to create conditions in which an audience can engage in a very active kind of listening, one which challenges habitual expectations and perceptions in order to turn the familiar into something strange, while making the strange seem uncannily familiar. For this to happen the audience has to become creatively involved in what he or she is hearing, and this double act of creation seems to me to be the key to programming memorable concerts. On a very basic level it means conceiving of a concert not as a luxury gift shop selling highly polished finished objects that the listener can simply walk in and buy, but rather as a forum in which the listener has an active part to play. To stress the sense of participation it might perhaps be appropriate to call the listener an ‘auditor’ – not because he or she is necessarily passing judgement on what is performed (though that very well may happen!), but because, as an auditor, he or she is bringing an especially meaningful degree of engagement and attentiveness to the occasion.

Let’s try to make this more concrete. There is a piece by James Tenney called I Have Never Written a Note for Percussion that lasts for about a quarter of an hour and consists of a long crescendo, followed by an equally long diminuendo, played on the gong. Inaudible to begin with, the piece grows to a deafening volume that causes your ears, head and body quite literally to shake with vibrations. As the music subsequently returns to silence, vibrational harmonics can be heard ringing around the walls of the concert hall; you gradually feel your own pulse and can hear yourself breathing. Simply put, you become acutely aware of the sounds and of the ensuing silence, and of the way the two beautifully interact. The urge to applause seems to melt away, replaced by a state of mind that prepares you to experience whichever work comes next with an acute and expanded awareness. When we performed the piece at O/Modernt it was followed by the classic Tchaikovsky String Serenade, but in this context the ‘classic’ is inevitably reappraised and transformed into something that feels very new.

Another way of achieving a similar end is to find ways of putting the shock factor back into music that was once revolutionary – to try to make it feel revolutionary again. An example of this comes from the summer of 2017, when the theme of O/Modernt was ‘Vivaldi and the Return’. Inspired by Richard Taruskin’s comment that the best way to understand the excitement of an original Vivaldi performance in eighteenth-century Venice is to attend a modern rock concert, we performed Vivaldi’s concertos along with the music of Metallica, Muse and Dream Theater. The dramatic spectacle of Vivaldi’s concertos was thrillingly reimagined to include, for example, the vibe of a Hammond organ, and the kinship between rock and baroque that Taruskin sheds light on was traced in the opposite direction by playing Metallica guitar solos on an amplified bassoon. The effect was not only to reignite the fire of the Vivaldi, but also to make the rock music appear very strange indeed.

At the end of the class discussion another student nicely summed up what we had learned by saying, ‘Now I understand what Barthes meant when he talked about “the death of the author”.’ In the same spirit, perhaps practising musicians and producers of concerts might consider how they can best stimulate their audiences not only to help them write musical histories together but to become active contributors to the very process of making music.

Ticciati (violin/director) will lead Manchester Camerata musicians and members of interdisciplinary performance group Clod Ensemble in a non-traditional format concert, including a pre-concert meditation at 7:15pm.