With the UK and EU no closer to finalising a Brexit deal, British orchestras are facing an uncertain future in Europe – and continental players have a right to be concerned, writes Peter Somerford 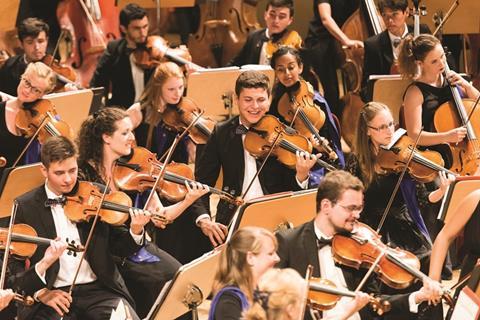 In 2017 the European Union Youth Orchestra announced plans to move from the UK to Italy owing to Brexit fears
Photo: Peter Adamik

With time running out for the UK to reach a withdrawal agreement with the EU, organisations representing musicians and orchestras in Britain have been voicing their concerns over freedom of movement and the government’s post-Brexit immigration policy.

In July a report by the House of Lords’ European Union Home Affairs Sub-Committee argued that ‘the cultural sector urgently needs more clarity on free movement post-Brexit’. A few days later, the Incorporated Society of Musicians (ISM) published a report, based on a survey of 1,600 musicians and their work travel patterns, that calls for freedom of movement to be protected post-Brexit. The Musicians’ Union called for a special touring visa for musicians post-Brexit.

The UK government position, as set out in the white paper of 12 July, confirms that although freedom of movement will end when the UK leaves the EU, the government will seek reciprocal mobility arrangements with the EU that ‘support businesses to provide services and to move their talented people’; ‘allow citizens to travel freely, without a visa, for tourism and temporary business activity’; and are ‘as streamlined as possible’.

The white paper specifically acknowledged the need for mobility provisions that enable musicians to perform at concerts, and also recognised that the temporary movement of goods and equipment, including instruments used by touring musicians, is a priority for the cultural sector. Despite this, in the absence of any UK–EU agreement and with the future UK immigration system still unclear, musicians and the organisations representing them are understandably concerned by the lack of clarity.

Already there have been casualties in the UK music world since the June 2016 referendum, notably the departures of the European Union Baroque Orchestra and the European Union Youth Orchestra. The recent lSM report noted that 40 per cent of musicians have noticed an impact on their work as a result of Brexit (up from 26 per cent in the ISM’s 2017 Brexit survey). It cited musicians’ frustration that some EU contractors and festivals have been reluctant to book British performers until they know more about future mobility arrangements.

Paul Silverthorne, former principal violist of the London Symphony Orchestra (LSO) and the London Sinfonietta, says: ‘I know that some EU players in the LSO and elsewhere felt so insecure after the referendum that they didn’t want to wait around for March 2019 to see what happens. They just left. And these are first-class players. The UK has a lot of first-class players, so we won’t get a lowering of standards, but what we could lose is the variety of musicians that top orchestras need to draw from.’

Access to talent is, alongside the need for continued barrier-free touring in the EU, an important issue for UK orchestras. Principals, sub-principals and numbered orchestral musicians are already on the UK’s Shortage Occupation List, meaning that orchestras can recruit for those positions from outside the EEA without resorting to a Resident Labour Market Test (which requires employers to show that no UK or EEA national is available to fill the role).

As noted in the Association of British Orchestras’ (ABO) April 2018 Brexit position paper, ‘Tutti players were formerly on the Shortage Occupation List, but following objections from the Musicians’ Union are now subject to a Resident Labour Market Test.’

Jasper Parrott, the co-founder and executive chairman of artist management agency HarrisonParrott, sees this change as a warning sign, and believes that if the government introduces more restrictive immigration policies and regulations after Brexit, the unions and professional musicians’ associations in the UK will see an opportunity to try to restrict the inflow of competitive talent.

‘There will be a reciprocal problem,’ Parrott warns. ‘At the moment there is largely free access for UK ensembles to the European market, which has a much higher degree of public subsidy to support its major institutions.’ Citing as an example the regular appearances by London orchestras in Paris, at venues such as the Philharmonie and the Théâtre des Champs-Elysées, he says: ‘I am absolutely certain that the restrictions and consequences of Brexit will be that the unions and other professional institutions in France will start to lobby for a substantial reduction in UK orchestras’ access to the French market and to French budgets. They will insist on reciprocity.’

For now, the ‘cliff-edge’ issue for the ABO, says the association’s director Mark Pemberton, is the A1 certificate, the document that proves musicians pay social security in the country in which they are resident, rather than the country where they are performing in for work.

‘If the UK comes out of the A1 system the day after Brexit, and a British orchestra is in France mid-tour, suddenly its musicians will lose entitlement to that vital document. Then 20 per cent of their fees will be deducted, and will disappear into the French social security system.’

The ABO is also concerned about the possibilities of delays in transporting instruments, the imposition of border controls, and continued membership of the European Musical Instrument Passport system – a particularly useful certification for travelling string players whose instruments or bows often contain materials from endangered species.