Opinion: Live for the moment

Classical musicians and audiences can learn from stand-up comedy shows, where there’s a naturalness and immediacy of interaction between performers and the crowd, writes Rita Fernandes 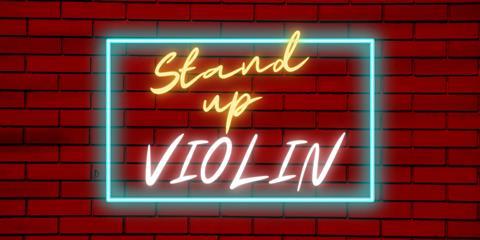 Instead of New Material Night, how about New Interpretation Night?

I adore Bartók’s Bluebeard’s Castle. That a recent performance of the work was ruined by the persistent shushing by a nearby audience member is therefore a source of resentment. The shusher’s victim was a boy excitedly whispering to his mother. Personally, I found it encouraging to see a child so thrilled by this tale of marital murder! Could this indicate a bright future for live classical music? Clearly, Mrs Shush didn’t agree. Her tangible irritation soon infected me, although in my case it was directed at her. Live performance is a dialogue between performer and audience. In systematically culling any sort of immediate and instinctive response, the culture of classical music has silenced what is most sacred to live performance.

Two days later, I attended New Material Night at a stand-up comedy club. Six accomplished comedians braved their reputations with new jokes for an increasingly drunk audience whose reactions would dictate whether the material would be cut from or reused in future routines. A heavy, braided rope was hanging from the stage ceiling. The comedians would pull it when they resorted to some tried and tested zingers, making the audience aware of their vulnerability in the moment. It suddenly struck me that stand-up comedy could offer an answer to my concerns about live classical music.

The professions of classical musician and stand-up comedian are not so dissimilar. Both need to consider rhythm, timing, memory and structure, among other things. An extra consideration for comedians is audience interaction. When confronted with a hostile audience, a good comedian will improvise by feeding on the energy around them. This makes for a raw and in-the-moment experience. In classical music, we experience this with encores, during which we often hear laughs of delight and gasps of awe. The audience feels acknowledged because if it weren’t for them and their insistent clapping, the encore would not have taken place. The performer–audience dialogue already exists in live classical music, but its power is largely underestimated.

Musicians can learn a lot from comedians’ performative flexibility. Instead of New Material Night, how about New Interpretation Night? Take the risk of changing something at the last minute and responding to how the audience reacts. Whichever way we interpret it, a conscious effort to respect the ‘liveness’ of live performance will inevitably make the audience feel valued. A conversation begins, and the performer has the chance to say something. Attempting this in such a high-pressure environment may result in failure, but it’s the price we pay for potentially life-changing moments.

Audience members aren’t off the hook either. If performers are taking risks, their bravery should be appreciated. Maybe reconsider that shush when someone is expressing their enjoyment – they are simply making the most of listening to someone live instead of on their phone. Heckling might be going a bit far, but perhaps we could use our experience of encores to pay more attention to what a performer is trying to communicate. We should open ourselves up to experiencing something new and accept the possibility of failure on the part of the performer.

Live performance is a tightrope of risk. We would do well to remember this in classical music. At a comedy show, this balancing act is front and centre. With one toe out of line, the poor comic gets a violent heckle hurled at them. As a result, the audience becomes part of the performance and is intimately connected to what happens on stage, for good or ill. As musicians we could take more risks, capitalising on the receptive audience in front of us. As audience members we could open ourselves to the wonderful uncertainty that comes with attending a live performance. As for heckling, let’s leave that to comedy for now.

Read: ‘Your salad will be so tasty!’: When musicians and food collide