Opinion: A limit to learning?

Do some string students have a ceiling when it comes to their capacity to learn? Naomi Yandell explores the question through her experience of teaching a cello student with special needs 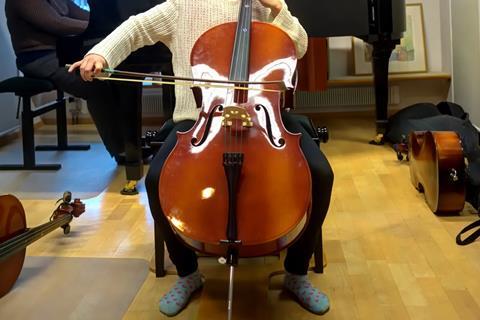 A few months ago I received a call from another teacher. One of my students had moved to his area and he had just heard her play. ‘Do you think she’s plateaued?’ he asked.

As I have become more experienced as a teacher I am increasingly aware that there are discernible patterns in the way the majority of students develop. There have been notable exceptions, and I’m sure all teachers have experienced them – times when you are compelled to find new methods of working with students who think and learn in a different way. Without doubt this student was one such person.

From the first lesson it was clear that this was going to prove challenging. Each time we had a lesson I was concerned that I wouldn’t get very far and did the only thing I could – experiment and observe the outcome. For a start, maintaining focus was a major issue. Before long I realised that the size of the teaching room made a tangible difference to concentration levels; the smaller and barer the room the better – and the way I set the room up was critical to getting the best out of her.

If, for example, she could see out of the window and it started to rain, it took forever to refocus. I found that the way I used language was important; instructions incorporating her name garnered most concentration. ‘Right’ and ‘wrong’, something that I usually avoid, seemed especially good – so I became prescriptive.

Breaking things down into small (even tiny) steps reaped rewards. I didn’t stress about the time it took to get to ‘right’. Once we got there, though, I heaped on the praise; as her parents commented, students who find it difficult to function in a class situation are often used to negative feedback – which affects self esteem. (Luckily we were working one-to-one).

From a physical perspective as we worked with the instrument I found that motor and processing skills were initially weak; if, for example, I asked her to do some LH pizzicato with a particular finger, at first all I could detect was a slight twitch at the end of the finger to show that a message was trying to get through. So I decided to start with movements of whole limbs and work towards the extremities, which seemed to produce better results.

I spoke to her individual-needs teacher to find out what they were working on in their sessions; that way I could build on their work, which often centred on motor skills and coordination in any case.

I found a good response to non-verbal communication; I would either get her to copy me directly, or I would assist her to move the bow (for example) in a particular way to get the feel of whatever we were trying to do. Patience was key; it took me six months to teach her how to slur. In hindsight that seems an extraordinary length of time but we got there and she didn’t look back.

Her parents sat in – and I encouraged them to film certain actions so that she could reference them at home. This seemed particularly effective if we were trying something new, as things tended to hard-wire quickly and if learnt incorrectly were then difficult to adjust. The clearest thing in common with my other students was that a regular practice routine helped hugely.

Her distinction at ABRSM Grade 1 was a turning point; it was the first time that she had achieved equivalently to another child on a level playing field and she detected how pleased her parents were. This acted like a touchpaper to her subsequent learning, and she is now a capable post-Grade 5 player. It’s fair to say that her achievement on the cello is a really important part of her identity and self-esteem.

To be honest, after the first few lessons I questioned whether I had the ability to take her anywhere at all on the cello. So – has she plateaued? I couldn’t possibly say, but I doubt it. All I know for certain is that any teacher taking her on will have to be prepared to think outside the box.