Most professional musicians will end up teaching in some capacity – so more colleges should offer courses that foster educational skills, say Cornelia Watkins and Laurie Scott 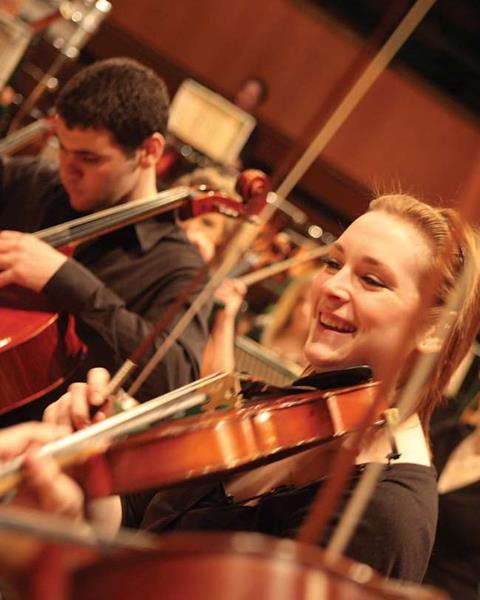 The following is an extract from ‘Who teaches the teachers?’, published in The Strad's September 2013 issue.

Teaching is a viable option, but many degree requirements do not include teaching-related coursework.

There are a number of reasons why pedagogy is not a common course requirement within performance degree programmes, most notably the assumption that spending time observing, analysing or designing effective learning sequences will detract from a student’s artistic goals and practice time.

Teaching is suggested as a default only when performance abilities do not foreshadow a viable livelihood on stage. Yet many fine performers are teachers themselves – including the applied faculty at universities, who are sometimes the ones most reluctant to have their students develop teaching skills under their watch.

In many performance circles there is also an unfortunate but pervasive negativity about music education degree programmes, a sort of ‘music eduphobia’ that undervalues the substance and significance of a vital aspect of the music world.

The problem is not that some musicians want to teach and others want to perform, nor is it that each option has its own important course requirements. The problem is that these two music-degree tracks are too often perceived as divided and unequal paths rather than parallel, overlapping and mutually beneficial careers. For decades, this chasm between the two options has been an unfortunate feature of too many university programmes, fuelling prejudices and misconceptions that are carried into the professional world. Worse still, they keep music students of every ilk from a strong, comprehensive education that would help them excel in their careers.

Thankfully these days there are a number institutions and individuals finally redefining their roles for the future of music: prominent music programmes that have reconsidered their curricula to include a variety of career skills; teachers who take it upon themselves to train their students to teach and provide a holistic vision for their careers; concert artists who have initiated programmes and established foundations to further music education; and school music educators whose ongoing efforts exemplify the highest educational standards and artistic ideals.

But it is time for every university and conservatoire to re-evaluate what is offered to future music professionals. Retain all that is artistic and inspiring, of course, but nurture accomplished musicians who are also thinking musicians. Revamp obsolete curricula to include courses that spark entrepreneurial creativity and provide viable skills that include teaching.

Reject unproductive divisions and instead foster an inclusive culture where musicians work together for a reinvigorated profession and a sustainable future. If to this end we all apply the same creativity, sensitivity and self-discipline that make us musicians, it could be enough to spark a modern-day music renaissance.

The complete masterclasses article is published in The Strad’s September 2013 issue.