Kurt Sassmannshaus, chair of classical violin at the Cincinnati College-Conservatory of Music, director of the Great Wall Music Academy, Beijing, and founder of violinmasterclass.com, discusses the bow stroke that forms the beginning of any effective martelé 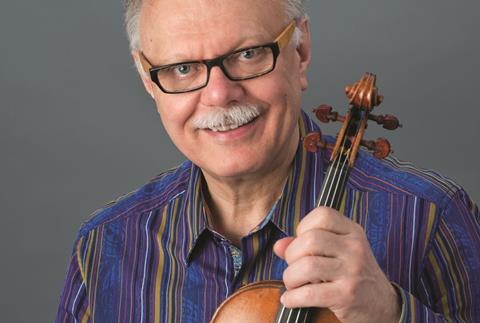 The following article is published as part of a larger Technique feature in The Strad’s August 2017 issue, out now – download on desktop computer or through The Strad App.

Collé is a preliminary exercise for the martelé attack. It produces the percussive beginning of the sound and gives the martelé stroke musical energy and articulation. This initial attack projects the sound all the way to the back of a concert hall. 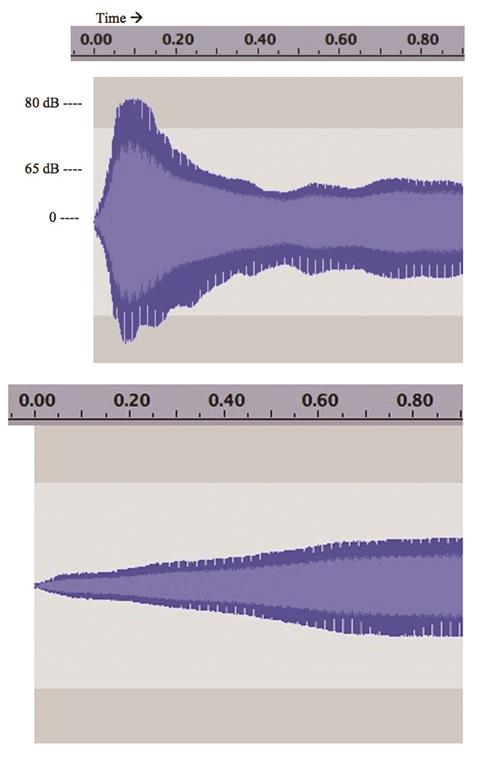 Top picture, the decibel levels during a collé-into-martelé stroke; below, during an ordinary bow stroke, without a collé attack

The science behind the sound

Using recording software and a decibel meter, Dr Howard Jackson of the University of Cincinnati physics department and I measured the maximum sustained volume of a violin sound to be approximately 65–70 decibels. When we measured the volume of a martelé stroke, the initial collé attack reached 80–82 decibels (40–50 milliseconds of pitchless vibration, followed by 100–160 milliseconds of a loud pitch). See figures 1a and 1b.

For every three points on the decibel scale, the perceived loudness of a sound doubles – so the collé was 32 times louder than the sustained pitch that followed it! This gives tremendous musical energy to a note, even though the impulse is so fast (a total of 200 milliseconds, or a fifth of a second) that the audience will not even be aware of it. The human ear can then continue to follow the sound colour established by the collé, even if the environment, such as an orchestra, is louder than the soloist.

See the full Technique feature with exercises and repertoire suggestions in The Strad’s August 2017 issue – download on desktop computer or through The Strad App.