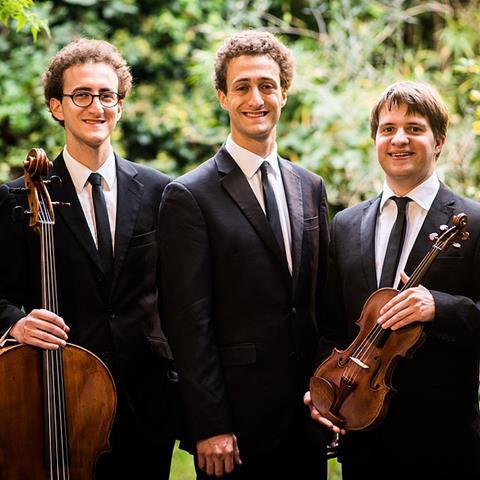 The Busch Trio - violinist Mathieu van Bellen, cellist Ori Epstein and pianist Omri Epstein - has been awarded this year's Kersjesprijs. Worth €50,000, the Dutch chamber music prize has been awarded annually since 2002 by the Kersjes Fund, set up in honour of conductor Anton Kersjes in 1994.

The ensemble has performed at numerous venues throughout Europe and is recording Dvorák's complete chamber works for piano and strings for Alpha Classics. It is currently receiving guidance from members of the Artemis Quartet at the Queen Elizabeth Music Chapel in Brussels