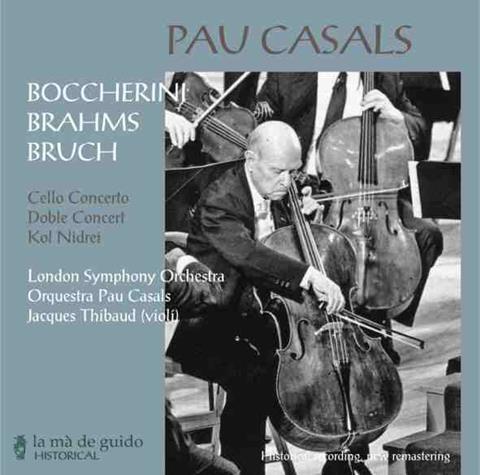 Including two performances of Kol nidrei is a bit strange – the second, earlier version is two and a half minutes shorter, having lost large chunks of the orchestral tuttis to the primitive acoustic recording techniques from 1923. This also means that the orchestral sound of what’s left is extremely recessed, although despite this archaic technology Casals’s robust tone and unswerving commitment carry through. The advantage of the diminished orchestral timbre is that the sour and squawking woodwind of the complete score in the other version (from 1936) is virtually absent.

Boccherini’s B flat major Concerto is an amalgamation of styles, teeming with Grützmacher additions. If one looks at it as a period piece, useful and pleasant as a technical vehicle, then the arrangement still has some currency and it is delivered here with stylish panache and observance of detail.