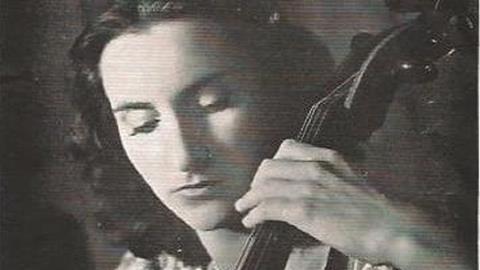 British musician Olga Hegedus, longtime co-principal cellist of the English Chamber Orchestra, died at the age of 96 on 22 April 2017.

Born in London on 18 October 1920, Hegedus was the daughter of distinguished Hungarian violinist Ferencz Hegedus. She joined the London Violoncello School alongside fellow cellists Zara Nelsova and Eleanor Warren after her family, who had travelled widely, settled in London in 1928. In 1938, she gave her first solo recital at Wigmore Hall, accompanied by Adolph Hallis, and in June 1939 appeared on the London Television service at Alexandra Palace.

During the Second World War Hegedus played on numerous occasions for the armed forces, including at Myra Hess’s lunchtime concerts at the National Gallery. A dedicated chamber performer, she gave recitals with pianist Viola Tunnard and with ensembles including the Haydn Trio. In 1968 she was a member of the Nemet Ensemble, which gave the British premiere of a newly discovered piano quartet by Gustav Mahler, written in his teens.

As co-principal cellist of the English Chamber Orchestra with Charles Tunnell, Hegedus toured extensively, working with conductors and soloists such as Vladimir Ashkenazy, Daniel Barenboim and Mstislav Rostropovich.

In July 1981 she was among the musicians, including Kiri Te Kanawa and Sir David Willcocks, who played at the wedding of Prince Charles and Lady Diana Spencer at St Paul’s Cathedral.