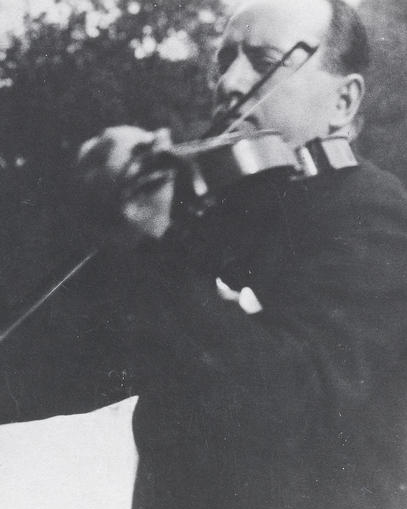 A Girolamo (Hieronymus) Amati violin, formerly owned by Italian fascist dictator Benito Mussolini (first picture), is being offered for sale through Bonhams auctioneers in London. The c1700 Cremonese instrument (second picture) has a price tag of £150,000. It is thought that Mussolini, who was an amateur violinist, owned the instrument during the 1920s and 1930s. Since World War II, the violin, which was authenticated by American expert Emil Herrmann in 1955, has been owned by several collectors.

The instrument is being offered with Herrmann’s illustrated certificate stating it ‘is a work of Hieronymo Amati figlio Nicolai of Cremona Period 1695....A characteristic example of Nicolo Amati's son and formerly in the possession of Benito Mussolini.’

Mussolini ruled Italy as constitutional prime minister from 1922 and as leader of his own one-party dictatorship from 1925. He was arrested during the Allied invasion of Italy in 1943, but escaped from prison shortly afterwards. He was recaptured in 1945 and executed. His body was then taken to Milan where it was hung upside down in a public square.

The Bonhams auction will take place in London on 12 May.

Photos: Bonhams. Click on the second image to see the whole violin.