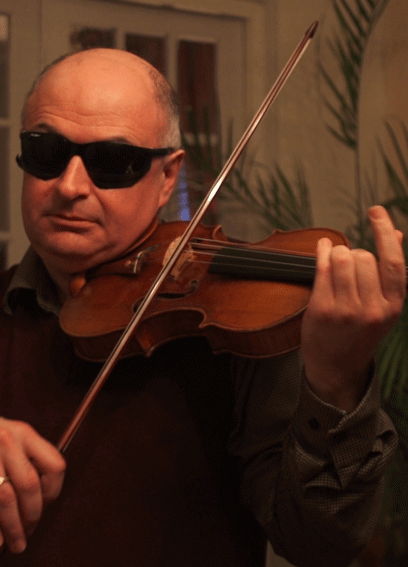 A modern instrument was the clear winner and a Stradivarius the loser in a double-blind test of old Italian and new violins, conducted at the Auditorium Coeur de Ville in Vincennes, Paris. In a follow-up to the controversial experiment conducted in Indianapolis in 2010, ten professional soloists compared the tonal qualities of twelve instruments – six by 18th-century Italian luthiers and six by contemporary makers. The results, published on 7 April in the Proceedings of the National Academy of Sciences, confirmed those of the 2010 study, which showed a general preference for new violins and that players were unable to reliably distinguish new violins from old.

French acoustics specialist Claudia Fritz, US violin maker Joseph Curtin and strings expert Fan-Chia Tao, who led both studies, made a number of changes to the test set-up. ‘One criticism was that only players of the top rank could be expected to get the best out of a Strad, and to give an informed judgement about tone quality,’ said Curtin. ‘Secondly, top-level musicians are more experienced at playing many instruments under different conditions.’

This time the number of instruments was increased from six to twelve and only ‘renowned soloists’ were invited to participate. Instead of a hotel room the tests took place in a rehearsal room and concert stage, and the evaluation periods were increased to two 75-minute sessions. Participants compared six new instruments with five Strads and one by an 18th-century Italian master.

The players were told to judge each violin as if they were looking for an instrument that could best replace their own for an upcoming concert tour. Each player wore modified welders’ goggles and performed under very low ambient lighting, to ensure they could not identify the violins by sight. The soloists used their own bows throughout the study, and were allowed to compare test violins with their own instruments whenever they wished. When they were on stage, they were also given the option of playing with piano accompaniment, getting feedback from a chosen listener, and hearing the violins played by another soloist.

In one test the participants were asked to reject instruments they didn’t like and rank their four favourites in order, with the researchers awarding four points to each player’s top instrument. Rejected instruments had a point deducted from their overall score. In the second test all the violins were tested again in the concert hall. At the end of the test the players were given a series of violins and 30 seconds to guess whether it was old or new. In total, 33 of the soloists’ guesses were wrong and 31 right, with 5 indeterminate.

The results revealed the two most-preferred instruments to be modern, while in third place was a violin from Stradivari’s ‘golden period’. At the opposite end of the scale a Stradivari drew the poorest result and a modern instrument was placed second-last.

‘Soloists readily distinguished instruments they liked from those they did not but were unable to tell old from new at better than chance levels,’ the report concluded. ‘Given the stature and experience of our soloists, continuing claims for the existence of playing qualities unique to old Italian violins are strongly in need of empirical support.’

The research team is preparing two further papers based on the study. The first will cover projection in the hall. The second will explore correlations between the players’ evaluations and those of the listeners in the audience.

‘For me, the really important finding is that whereas soloists readily separate instruments they like from those they don’t, they seem unable to tell old Italian instruments from new ones,’ said Curtin. ‘Whatever it is that top players are looking for in a violin, it is clearly not related to age or country of origin.’

Click here to watch a video of the experiment.