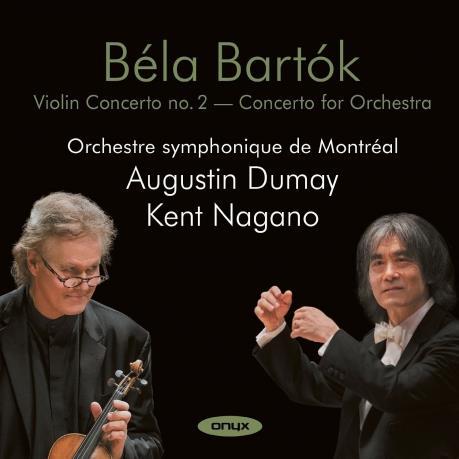 Just too long for a single CD at over 81 minutes, this coupling of two of Bartók’s late masterpieces arrives in a lovingly produced, book-like double album with numerous photographs of the artists and the hall (Montreal’s Maison Symphonique), so that – thanks to the vivid, well-balanced recording – one can easily picture oneself in the best seat of the house, listening to the concert at which this live recording was made. Dumay’s violin is cosily embedded within the MSO’s voluptuous sounds and given just minimal spotlighting, to ensure that we don’t miss any nuance of the solo part while still giving Bartók’s refined instrumental detail its full due.

Dumay chooses slightly below-average tempos but, with Nagano backing him to the hilt, he sustains them persuasively in a reading of monumental proportions. One could argue about his way of breaking some of the most intractable chords, which occasionally obscures the melodic line, or about his failing to comply with Bartók’s indications to play way up on the lower strings (for instance, from bar 69 – or 6’23’’ – in the slow movement), thus losing the colour the composer was expecting. Nevertheless, Dumay’s mastery of a piece he obviously loves is evident throughout. On its own, the orchestra is put through its paces to exhilarating effect in the Concerto for Orchestra.