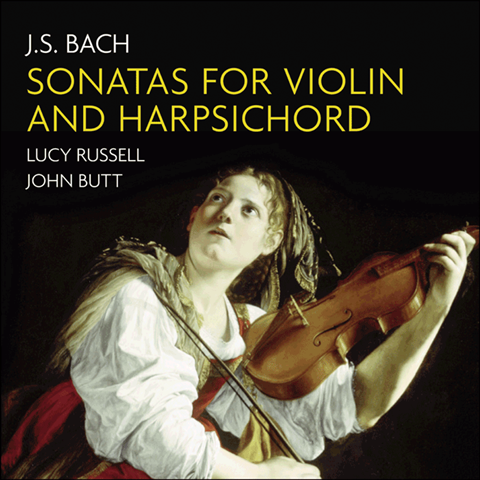 Intellectual challenge and a spirit of Empfindsamkeit animate these magnificent new recordings of the sonatas that Bach wrote in his first five years as Kapellmeister in Leipzig. Empfindsamkeit: ‘sensitive style’, according to my dictionary, characterised by abrupt switches of mood and rhythm. It gives an unusual flavour to the recording, †¨in that the style was more associated with C.P.E. Bach than with his father. Lucy Russell and John Butt take us on a harum-scarum pelt through the final Vivace of the F minor Sonata – will they or won’t they finish together? They do, just about; and in the many brief but touching slow movements, the printed parts are treated as a basis for negotiation rather than as a kind of sealed testament.

Unafraid of vibrato and portamento, Russell invests the keening chords of the F minor’s Adagio with deep pathos. The G major Sonata is a free-spirited dialogue seemingly invented on the spot, which feels appropriate to its Italianate construction. Perhaps on another day Russell might articulate the first movement’s pert fragments of response with a more coquettish restraint, true to the experimental nature of its composition, which Butt’s booklet note unravels with scholarly but very readable authority. In the long and elaborate solo that forms the sonata’s centrepiece, his playing is as good as his word. Linn’s recording is faultlessly balanced: highly recommended.