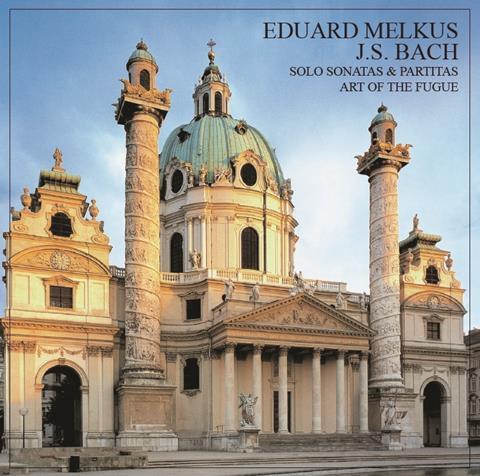 What a curious disc. From a label without a catalogue comes a transfer of three solo works, recorded live in August 1975, on what sounds like a C90 cassette in a portable recorder operated by someone sitting a few rows back in Vienna’s Karlskirche (trenchcoat specials, we used to call them). Through the hum of traffic, unfiltered hiss and the frangible tone of well-used tape can nonetheless be discerned some extraordinarily fine Bach playing.

Born in 1928, Eduard Melkus is regarded as one of the pioneers of historically informed performance of Baroque music. Unlike many who came after, he has no problem with tuning (the same can’t be said of the tape’s periodic pitch-bends, which could have been discreetly corrected in the remastering), nor with sustaining a singing line while holding respect for the Sonatas’ and Partitas’ implied dance rhythms.

He is superb at pointing up different voices in the D minor Allemande and A minor Fugue without resorting to caricature. He fairly whips through the quicker dance movements with a racing pulse that is securely anchored by a slightly old-fashioned, Viennese nudge to the first beat of the bar. The Chaconne is done refreshingly straight, with a searing sense of purpose and without a trace of pathos.

The encores are similarly ‘private’ recordings, perhaps less compelling, though it is good to hear Melkus’s ingenious completion of the unfinished ‘Fuga a 3 soggetti’ from The Art of Fugue, played rather heavily by a quartet with a continuo of harpsichord and bass. But the solo sonatas are required listening.