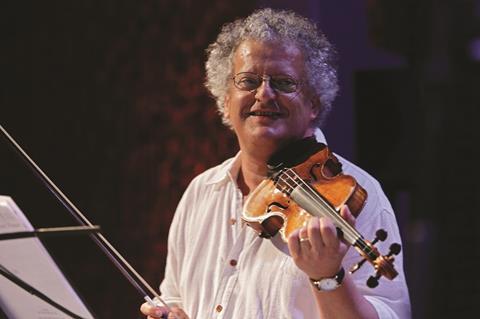 Although this is the Arditti Quartet’s 44th year, I am the only original member. The others joined between 2003 and 2006, and so never had the chance to work with Berio, Carter, Ligeti or Nono, for example, on their quartets.

It’s up to me to pass on my knowledge of how composers such as these wanted their music to be played. Line-up changes aren’t as daunting as people think, however. Sometimes the sound of the quartet is altered somewhat, but having a new pair of ears in the room allows you to listen afresh to pieces you haven’t worked on for ages.

I remember asking Brian Ferneyhough why he wrote things that were so challenging for me to play and impossible for those at the back of the section. ‘I can’t accommodate the players of today,’ he replied. ‘I have to write what I write.’

I was 13 when I met Xenakis and Messiaen at the English Bach Festival in Oxford. There was a performance of Messiaen’s Chronochromie and he and his wife, Yvonne Loriod, played his Visions de l’Amen, but it was Xenakis’s orchestral piece Terretektorh that left the greater impression on me.

A couple of years later, I sat in on a violin masterclass given in Darmstadt by Saschko Gawriloff on Gasa by Isang Yun. Saschko asked me if I was going to participate, but there was no way I could have tackled the piece at that stage. First I needed to learn how to play the violin properly. I did that at the Royal Academy of Music in London, although neither of my teachers there – Clarence Myerscough and Manoug Parikian – looked much further forward than Prokofiev and Stravinsky.

I joined the London Symphony Orchestra in my early twenties and became its co-leader a couple of years later. The orchestra played very little contemporary repertoire in those days but we did give the second performance of Brian Ferneyhough’s La terre est un homme, conducted by Claudio Abbado.

All the string players had individual parts that contained tricky, irrational rhythms and I remember asking Brian why he wrote things that were so challenging for me to play and impossible for those at the back of the section. ‘I can’t accommodate the players of today,’ he replied. ‘I have to write what I write.’ 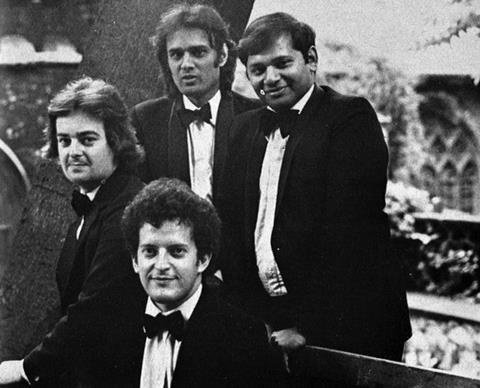 Playing the kind of music we do requires us to be very, very well prepared. Fine musicians performing mainstream Classical repertoire are able to play together without too much preparation as they can latch on to the rhythm. Many of the works we focus on require each of us to know exactly what the other three are doing. Often it is simply impossible to understand what is happening between our parts just by listening to them, so marking them up with shorthand versions of the score helps.

I no longer think of the music we play as ‘complex’, however – it’s just what we do, like a classical quartet playing Mozart and Haydn. Some pieces do stand out though as posing rather severe challenges, like the Helikopter Streichquartett by Stockhausen that required each of us to play from a different airborne helicopter.

The vibrations of the aircraft made it impossible to hear oneself play without an earpiece. Along with a click track in one’s left ear and the sound of one’s instrument in the right, there was no way – without a third ear – of hearing the other players’ sound. But I’m sure this didn’t bother Stockhausen.

Like John Cage, I enjoy silence. Today, for example, I have to begin listening to 26 new quartets and choose 4 or 5 of them for a concert in the US next year. When one plays or listens to music all day, listening to yet more music isn’t therapeutic. I prefer conversation or watching films but, when I’m not practising or rehearsing with the quartet, I do like a little solitude.

This interview is from The Strad’s October 2018 issue, which can be downloaded on desktop computer or via the The Strad App, or in print