Prokofiev’s First Violin Concerto provides myriad possibilities for interpretation – and Pekka Kuusisto takes inspiration from dreams, diamonds, the Beach Boys and Romeo and Juliet to find them. From the June 2018 issue 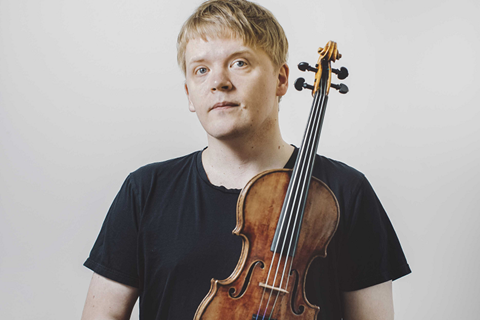 Some time in my mid-teens, my brother Jaakko and I went through an intense phase of listening to everything we could by Prokofiev. That must have been when I came across his First Violin Concerto op.19.

It’s a relatively early work and it has a lot in common with other pieces that he wrote around that time: the D major Flute Sonata that became his Violin Sonata no.2, and the ballet score for Cinderella. They both have a sense of transparency and weightlessness: there’s a fairy-tale quality that drew me in straight away.

The opening passage in the first movement is marked ‘sognando’, and I think this dreamlike state persists right through the concerto. Everything that happens after that takes place in that kind of fantasy world: I get the same sense in Schubert’s Winterreise, which opens with the song ‘Gute Nacht’.

There’s a brightness at the end of the concerto, representing the morning, but until that point the structure of the piece follows a sort of irregular dream logic. I’m also reminded of the Beach Boys song ‘Wouldn’t It Be Nice’, which ends with the lyrics ‘Good night, my baby / Sleep tight, my baby.’

That may be one reason why I have to rethink the concerto, and my interpretation, every time I return to it – it’s a piece that’s always coloured by whatever I’m living through at that particular moment. There’s something elusive and beautiful about it; I always feel as though there’s something I missed the last time around. It’s fantastic that it develops every time as a result!

The music has a way of escaping from you as you attempt to catch it, like trying to hold water in your hand. And, like a well-cut diamond, it gives a different palette of colours and reflections depending on how you hold it and respond to it.

The concerto is filled with pyrotechnics, but it’s so important for it not to become just a showpiece for the soloist. If it sounds too easy, it becomes dull: there are moments when you need to convey the physicality of the music, and show that it’s not just about technical virtuosity.

There’s a famous passage in the second movement, like a parody of a military march, where the orchestra plays staccato crotchets and the soloist has to jump around the G string. Just reaching those notes is challenging but if it sounds like it’s easy, there’s no drama. So I might time some of the notes just a few microseconds late, slightly out of sync with the orchestra – just so there’s a feeling of being on the edge.

At other times I might tighten all the muscles in my back so that my body becomes stiff and tense, if I think the character of the piece demands it. I think that muscle tension can be used as a tool like any other: you just have to be able to control it.

If I were advising a young player starting on the Violin Concerto for the first time, I’d tell them to find a good DVD of Prokofiev’s Romeo and Juliet and watch the ballet from start to finish, to see how it fires up their imagination. They should get an idea of the multilayered language of the music, and how Prokofiev expresses his concepts – though I’d recommend having the score on your lap at the same time, in case there are in-jokes and ideas that the choreographer hasn’t grasped.

When Mercutio is about to die, for example, he makes a famous pun: ‘Ask for me tomorrow, and you shall find me a grave man.’ I recall seeing a choreography for the scene where he’d just been stabbed, but tries to makes fun of his condition. There was a fantastic defiance to the way the dancer followed Prokofiev’s brutal, humorously jagged music – a good example of an effect I might look for when I create physical obstacles for myself.

Watch: Pekka Kuusisto on finding his interpretation of the Prokofiev Violin Concerto no.1