6 thoughts on performance and interpretation from Kyung Wha Chung 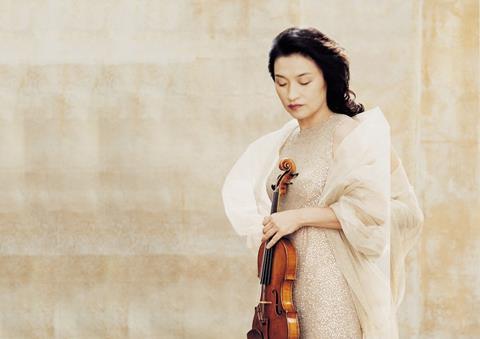 On studying with Ivan Galamian

In an instant he could just see where the problem lay, and would, for instance, advise putting a little pressure more on a certain point of the bow, or turning the frog slightly inward. He never ceased to amaze me because it always worked. After all, a teacher can talk endlessly about expressive or spiritual aspects of a work, but when you have to play it, no matter how much you have in your head, you have to physically execute it.

I’ve only felt discouraged when I couldn’t achieve what I wanted on the instrument, and it seemed like chasing a rainbow. Young players tend to be intuitive, and it’s sometimes a painful struggle to work consciously to develop a technique. I used to feel that every note in a phrase is beautiful, but I didn’t have the sense of proportion to be able to see the notes in relation to the whole piece. I was like a wild horse that had to be tamed.

On understanding the score

Joseph Szigeti’s influence was invaluable in helping me to understand a solo in relation to the entire score. I remember him asking me to play from memory important voices in the orchestra at a certain point in a concerto. I couldn’t do it, and I was so embarrassed that I burst into tears. He exclaimed, 'And you call yourself a musician!' and I said, 'No, I don’t call myself a musician.' When playing a concerto, if you only concentrate on your own part, you don’t have ground to stand on, and you can be terrified.

You have to have a clear conception of what you want. You can be completely wrong, but at least it’s a conception. As Szigeti taught, there are colours everywhere in music, and every piece has its own atmosphere. After all everything is related to nature, all the composers worked with nature and nature is filled with every kind of colour. Each player has his own way of gauging the intensities, but every sensitive musician will somehow translate these colours into sounds.

As I child I used to move freely. I felt every note with maximum intensity. I was wearing my heart on my sleeve, and I would express this in my movements. Later I tried to correct this habit by not moving at all, but then I felt as if I were in a cage. Little by little I found the way to keep things in proportion.

On the search for meaning

When you’re young you feel that you have to play to prove yourself, and the audience is your main source of inspiration. In time, you may perhaps withdraw into yourself, but that also doesn’t give the complete answer. Then finally it becomes spiritual. One begins to feel that God does exist. And then everything is clearly explainable. If you have faith, then all that you create is related to it. I’ve learned that ego isn’t the determining factor. Yes, the profession is so fragile, and you’re so highly strung that you need your ego to withstand the strain. But the music must come from a deeper source. You must let the music speak through you, and experience it completely. There is no short cut to musical integrity. You must do it honestly.

This interview was published as part of a larger article in The Strad's February 1989 issue.