100 years ago today: Heifetz's US debut at Carnegie Hall

The Carnegie Hall recital sealed the 16-year-old’s reputation as an astonishing and unruffled performer, set a new bar for violin playing and led to a season full of engagements and a recording contract, as Dario Sarlo reveals 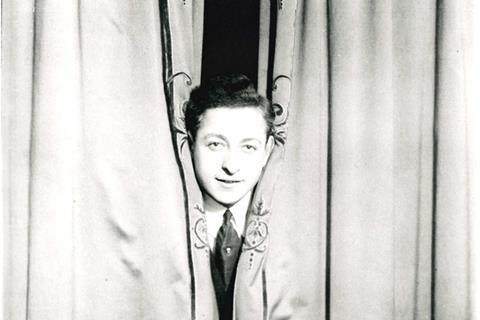 Few concerts make such an impact that they continue to be discussed a century later. This first American appearance elevated the Heifetz name to new heights, setting in motion a career that spanned half a century, reaching every corner of the globe and revolutionising standards of violin playing. The significance of this recital was neatly captured in the now-infamous exchange between violinist Mischa Elman and pianist Leopold Godowsky as they sat watching the debut. ‘It’s hot here, isn’t it,’ Elman said to his friend. ‘No, Mischa. Not for pianists,’ came the quick-witted reply. 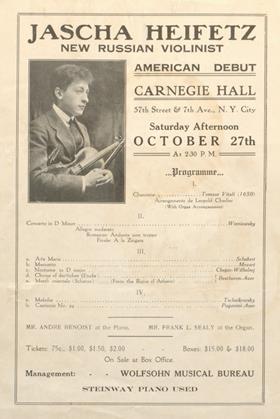 No video, audio, or photographic record was made of the debut itself, but the reams of reviews provide an insight into how the foundation of Heifetz’s style was already apparent. The debate that continues to this day over whether Heifetz was a ‘cold’ violinist began immediately after it. ‘I have said that the boy himself was calm,’ wrote Edward Smith in The World (25 November 1917). ‘He was more than that; he was unconcerned […] He went through his astounding performance without a single flourish of the virtuoso. Not a move of his young body betrayed that he felt any of the surge of emotion that came from his instrument.’ A reporter for the Christian Science Monitor (30 October 1917) had a less appreciative take, quipping that ‘a commission at some musical Ellis Island’ should have directed the newcomer to pursue a ‘purely musical end’ rather than mere ‘acrobatics’.

Read: Another extract from the article