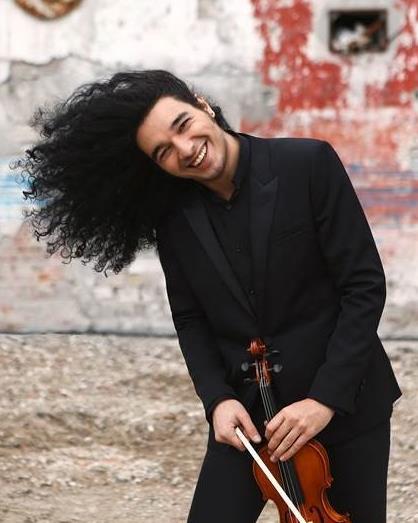 The 58 winners of the 2015 ECHO Klassik awards have been announced. Violinists including Vilde Frang, Tianwa Yang, Nemanja Radulović (pictured), Isabelle Faust and David Garrett will attend an awards ceremony at Konzerthaus Berlin on 18 October, broadcast on German television station ZDF. Both RaduloviSerbian violinist ranges far, as his musical travels take him eastwards and Garrett will also perform at the event.

Given annually by the Deutsche Phono-Akademie, the prizes recognise outstanding German classical recordings.

2015’s Violin Instrumentalist of the Year is Chinese musician Tianwa Yang for her recording of Ysaÿe Sonatas for Solo Violin Op. 27 on Naxos, while the Violin Newcomer of the Year is awarded to Nemanja Radulović for ‘Journey East’ on Deutsche Grammophon.

Quatuor Ébène take home the prize for Ensemble of the Year for ‘Brazil’ on Erato, while the Kronos Quartet take the prize for Classical Without Borders for ‘A Thousand Thoughts’ on Nonesuch.

Finally, the Bestseller of the Year is awarded to David Garrett for ‘Timeless - Brahms & Bruch Violin Concertos’ recorded with Zubin Mehta and the Israel Philharmonic Orchestra on Decca.