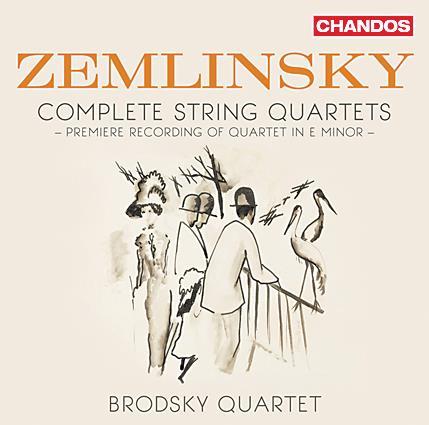 This disc completes the Escher Quartet’s Zemlinsky cycle so effectively begun a year ago with recordings of the later two quartets (reviewed October 2013). The composer’s First Quartet dates from 1896 and is a work imbued with the spirit of the cultural melting pot that was the Austro–Hungarian Empire. The two-against-three rhythms of the Czech furiant recall DvorË‡ák, but the language is less folksy, more urbane. Quartet no.2 was written 17 years later, by which time Zemlinsky was beginning to follow his erstwhile pupil Schoenberg into more daring harmonic territory, though for all its extended chromaticism he was never to go so far as to abandon tonality altogether.

The two works make a complementary pair and draw upon different areas of the Escher’s skills as an ensemble. No.1 is rhythmically taut and the players bring out the often Brahmsian warmth of its late-Romantic language. No.2, on the other hand, calls for a more febrile, Expressionist way with the notes and here the players revel both in the quirky melodic lines and in Zemlinsky’s resourceful details of texture. Balance and recorded sound are exemplary and add lustre to a powerful pair of performances.