Why we should question our prejudices

The string world has overcome many preconceptions, but there's still room for improvement, says Ariane Todes 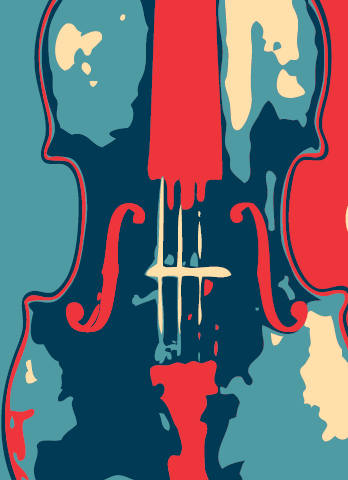 The start of a new decade is a good chance to take stock, to look at our progress as a community. I don’t think I’d shock anyone if I described our world as generally a conservative one, rife with snobberies and fairly averse to change. And yet, as we kick off the ‘tens’, or ‘teens’, or whatever you want to call them, it seems that we’ve moved on in leaps and bounds in the last decade or two. Many of the old prejudices have now gone the way of the Berlin Wall as we respond to the amazing progress around us.

Take our national (read racial) stereotyping. As Heather Kurzbauer reported from the Hanover violin competition last month, a new generation of Japanese and South Korean string players is challenging any hitherto Western ‘supremacy’. And as Nancy Pellegrini argued in the same issue, Chinese players are coming up right behind them. No longer can European musicians fall back on the old cry of ‘Well, they have the technique, but where’s the musicality?’ Talk to judges and teachers and watch the audience response, and you understand that these players have arrived, and are being taken seriously: I saw for myself the ecstatic reaction of the Hanover audience to Japanese prizewinner Fumiaki Miura. Whether the top ones will land international solo careers probably depends on how much faith international concert promoters have both in the players and potential audiences, and whether marketers and media catch on to the new story, and this may yet take some time.

Another change in the general concert landscape is a greater parity between men and women in orchestras and in the solo slots. In some orchestras the balance even tips in favour of the ladies (Vienna, of course, still being in its own time zone). Every week I’m sent a quality new CD by a young female string soloist, and as Carlos María Solare reported from the Trondheim quartet competition in December, the all-female quartet is in the ascendant. Sadly, I still encounter remarks about this success being based on marketable attributes rather than on particular talent, but this dinosaur perspective is rare, or at least dare not speak its name. Putting on some glad rags, getting a good haircut and looking sultry for a photo shoot certainly doesn’t harm anyone’s career these media-managed days – male or female. But none of it helps if you can’t play your socks off, as players such as Julia Fischer, Janine Jansen and Alina Ibragimova attest.

In the instrument market, Stradivarius and Guarneri ‘del Gesù’ are still the holy aspirational grails, but as the number of people chasing fewer instruments increases, even this is changing. Top soloists are happy to play on Amatis, Bergonzis, Guadagninis – and modern instruments – as their main choice of weapon. Often, however, younger, less-established players covet Italian instruments without the wherewithal of either finance or reputation to acquire them. In our January issue we reported Lynn Harrell advocating that players develop their musical personalities on modern instruments before moving on to ‘master instruments’. This seems an eminently sensible view to me, even though it goes against the all-too-common notion that you can in some way judge a player by the name of their instrument.  Having one of the top Italian instruments in the world is often taken as a sign that a player is one of the best in the world. It’s an easy trap for us all to fall into, students, teachers, orchestra managers, agents, patrons and journalists alike. We certainly have some distance to go before we start to listen with our ears truly open, rather than having been predisposed by the words ‘… plays a Stradivarius’ in the programme notes. And maybe only then will players be happy to write ‘performs on an instrument made in 2009’ in their own publicity material.

So, this is an exciting time. Change is all around and we can either choose to ignore it and stick to our old, comfortable views, or we can go out searching for it and enjoy the rush of fresh blood to the head that new ideas bring. Who knows what our world will look like in February 2020?

This article was first published in The Strad, February 2010. For more comment and debate, subscribe to The Strad or download our digital edition as part of a 30-day free trial. To purchase back issues click here.