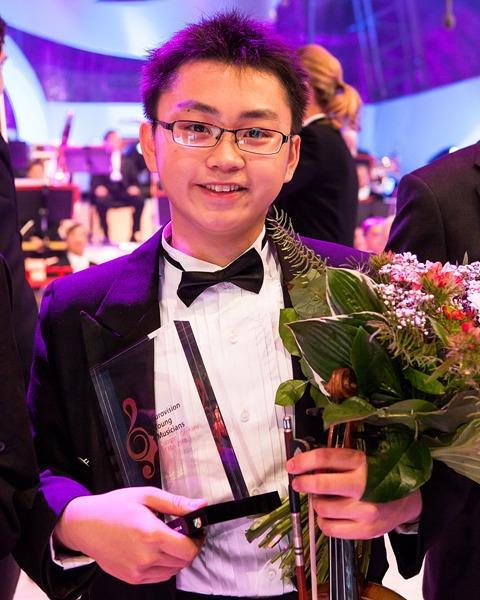 Violinist Ziyu He was named the winner of the 2014 Eurovision Young Musicians competition in Cologne, Germany last month for his interpretation of Bartók’s Second Violin Concerto. The Chinese-born 15-year-old studies in Salzburg at the Leopold Mozart Institute of the Mozarteum University.

‘The technical ability of our participants this year was exceptionally high, which made judging very difficult,’ said jury chair and Vienna Philharmonic chairman Clemens Hellsberg. ‘We also have to be very careful to judge the musicians as we see them in front of us. We do not judge their potential in two, five, or even ten years’ time, but the level they are performing at now. This is very difficult, because with so many of the participants this year one could see that they have enormous potential to develop into first class musicians as they mature.’