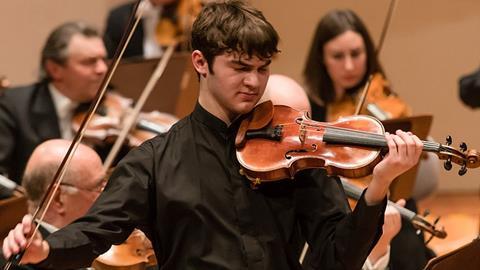 The 16-year-old US violinist - the youngest competitor selected to take part in both the semi-final and final rounds - wins a £5,000 cash award, a concerto performance with the Philharmonia Orchestra during this year’s Windsor Festival, a fine contemporary bow to the value of £5,000 from Bishop Instruments and Bows, a solo recording on Champs Hill Records, and further performance opportunities.  A student of Itzhak Perlman and Li Lin on the Juilliard School's Pre-College Division, he also won this year's Audience Prize.

Open to international violinists, violists and cellists aged between 16 and 26, the biennial contest received 170 applications from 44 countries this year. The 2015 contest was won by violinist Ji Yoon Lee, while winner of the 2013 contest was violinist Benjamin Baker.