The virtuoso performer will divide the funds between young musicians, community music programmes and disabled charities 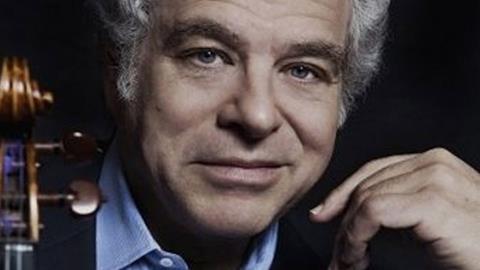 Virtuoso violinist Itzhak Perlman has announced he will donate all proceeds of his $1m Genesis Prize to a number of charities and music programmes in Israel and the US. The 70-year-old violinist was recognised by the Genesis Foundation in 2016 for his accomplishments as a musician and teacher, and as an advocate for people with disabilities.

Perlman's Genesis prize fund has subsequently tripled to $3m - a further $1m from Russian businessman Roman Abramovich, and another $1m through a matching funds programme run by the Jewish Funders Network.

The entire $3m will be donated to young musicians, Jewish charities and community music programmes - among them organisations in Israel that provide classical music for people with disabilities, an Israeli service for children and adults with impaired mobility, and the Tel Aviv Conservatory for a new Perlman-Genesis String Project.

The Genesis Prize, dubbed the ‘Jewish Nobel’, is awarded annually by the prime minister of Israel to individuals who have ‘attained excellence and international renown in their chosen professional fields, and who inspire others through their engagement and dedication to the Jewish community and/or the State of Israel’. The first Genesis Prize was awarded to former mayor of New York Michael Bloomberg in 2014. 2015’s winner was the actor Michael Douglas.

Watch: Violinist Itzhak Perlman on the importance of singing