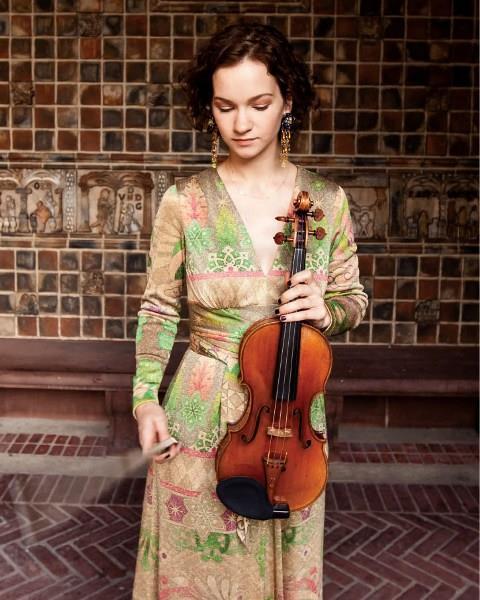 Hilary Hahn has announced via her Facebook page that she will take ‘a few short months’ leave’ following the birth to her first child this summer.

As such, the violinist has cancelled four appearances – with the Montreal and Cincinnati symphony orchestras, the Houston Symphony, and the BBC Philharmonic – in the autumn. She intends to ‘spring back into action’ in mid-November, resuming the rest of the season as planned.

Her replacements have now been named:

Simone Porter will perform Barber’s Violin Concerto on 25, 26 and 27 September with conductor Andres Orozco-Estrada and the Houston Symphony Orchestra.

Karen Gomyo will perform Sibelius’s Violin Concerto with the Cincinnati Symphony Orchestra conducted by Louis Langrée on 2 and 3 October.

Viktoria Mullova and Sarah Chang will perform with the BBC Philharmonic on its US tour.

‘Hilary thanks all of you, the fans, the orchestras, and her colleagues, for your understanding and support during this exciting time,’ writes her Facebook team. ‘She wishes the performers wonderful concerts and looks forward to seeing everyone when she’s back in their cities!’

In July last year Hahn announced that she was withdrawing from all performances for six weeks due to an inflamed muscle. However, that absence was extended to a four-month period and the violinist eventually returned to the stage in November 2014. She was awarded a 2015 Grammy in the Best Chamber Music category for her ‘In 27 Pieces’ album of encores, recorded with pianist Cory Smythe, in February this year.