Violinist charged £200 for transporting her instrument in airline cabin 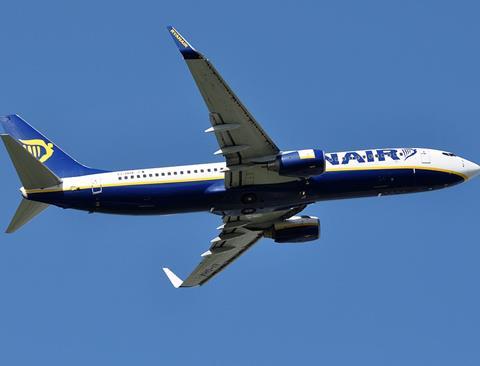 Ryanair’s musical instrument policy has hit the headlines for the second time in a week. Following reports that the Irish budget airline refused to allow a 16-year-old to take his violin with him in the cabin without payment – and yet turned down his offer of euros – Irish violinist Zoe Conway has taken to social media to vent her frustration at being charged €280 (£203) for a seat for her instrument.

The story, picked up by various media outlets, highlights Ryanair’s policy of charging for musical instruments exceeding its hand baggage dimensions. Although Conway was charged for an extra seat, she was forced to place her instrument in the overhead locker because it would not have been secure in the seat assigned to it. The violin was her only piece of hand luggage.

The musician, who was travelling from a tour in Germany to Dublin earlier this month, plans to lobby her local MEP for a change in EU law.

‘It just seems ridiculous to me that you should have to pay for something that weighs four kilograms,’ she told BBC News. ‘That's much less than Ryanair's maximum hand luggage weight, it just doesn't make sense.’

Ryanair maintained: ‘All customers must adhere to the terms and conditions of carriage, which they agree to at the time of booking, and which state that musical instruments should be checked-in to the hold, or alternatively placed on an additional purchased seat, as they exceed our hand baggage dimensions.’

Read: Rachel Barton pine sleeps at airport as ‘no room’ for her violin on plane