The lifelong luthier, researcher and teacher was highly respected in the violin making world 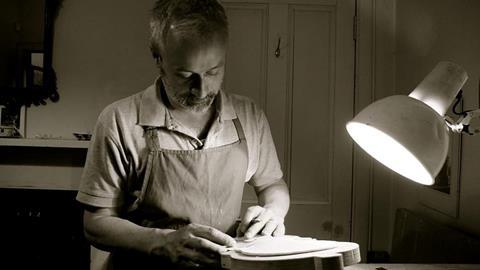 British luthier Neil Kristóf Értz died on 5 October at the age of 50. A respected maker and restorer, he was also well known as a teacher of violin making, and had been a contributor to The Strad.

Born in 1966 in Scotland, Értz studied the violin and viola at St Mary's music school in Edinburgh, before attending the Newark School of Violin Making from 1983–86. He then worked at various workshops across Europe, including three years at Geigenbau Machold (1988–91), alongside Roger Hargrave. Following a year working in France, he and Hargrave worked together in Myenburg, Germany, for five years (1992–97), making new instruments and researching the methods of the old Italians, in particular those of Guarneri ‘del Gesù’. This research was used in the 1994 exhibition of ‘del Gesù’ instruments at the Metropolitan Museum of Art, New York, and the subsequent publication Violin Masterpieces of Guarneri del Gesù in the same year.

Értz opened his own workshop in Cambridge, UK, in 1997 and returned to Edinburgh in 2009. Among other projects, he repaired several instruments used by the National Youth Orchestra of Iraq when it visited Edinburgh in 2012, and gave lectures at the National Violin Making School in Querétaro, Mexico. An instrument made by Értz won first prize at the inaugural Querétaro International Violin Making Competition. He was a regular attendee at the West Cork Chamber Music Festival, where his instruments were displayed alongside those of other contemporary makers. His article on making violin ribs appeared in the June 2006 edition of The Strad.

'Neil was incredibly intelligent, with a phenomenal memory,' Roger Hargrave recalls. 'I once asked him if he remembered an article I'd written for The Strad ten years ago, and he immediately said, 'Yes, it was on page 1302!' I thought he was joking but it turned out he was right, and he could remember any article I asked about afterwards. He worked with me unstintingly on the Guarneri book, although his name never appeared in it. He was an unsung hero of the violin world.'

Video: A conversation between Neil Értz and Bertrand Galen at the 2013 West Cork Chamber Music Festival: