Viola da gamba bought on eBay is smashed in transit 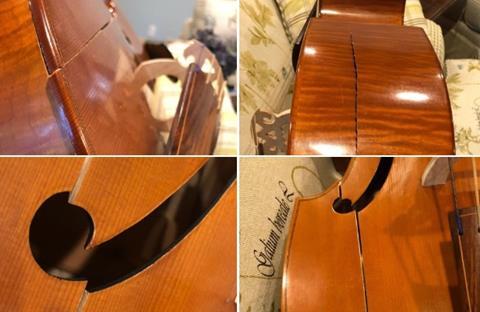 Purchasing a stringed instrument on an online bidding website might net you a bargain, but it comes with risks, not least with the transportation.

Chicago-based violist and double bassist Phillip W. Serna has posted on his Twitter and Instagram accounts graphic images of a viol which he recently bought eBay, which arrived at his address badly damaged with large cracks. Serna’s Tweet, which reads ‘Bubble-wrapped #Viol, hard case, air-bubble cushioning, large box’, is accompanied by the hashtags #HappyHolidays #Horror and #FedUpWithFedEx’.

Representatives from eBay and FedEx have responded directly to Serna’s Tweet. Whatever the outcome, the instrument deserves to be included in The Strad’s Halloween Hall of Horrors.