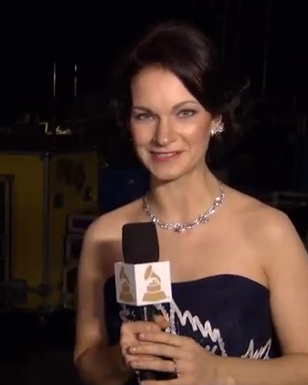 Violinist Hilary Hahn has been awarded a 2015 Grammy Award in the Best Chamber Music category for her ‘In 27 Pieces’ album of encores, recorded with pianist Cory Smythe. The 2013 disc features 26 works commissioned by Hahn from contemporary composers, and a 27th by Jeff Myers, who won a blind, open submission process to write the final work. In her acceptance speech, Hahn noted that the project was nearly a decade in the making.

‘There have been so many parts to this process and we’ve been learning all along the way,’ she said. ‘It’s so rewarding that people have gotten to hear this music and acknowledged it. Thanks to all who made it happen and thanks so much to Cory.’

Watch Hilary Hahn and Cory Smythe offer thanks at the 2015 Grammys below: