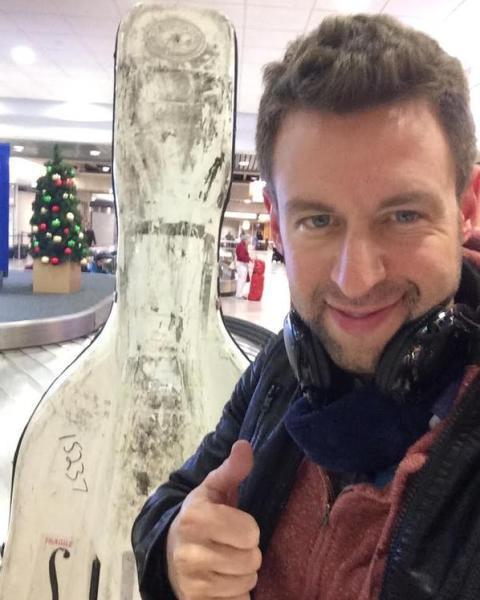 US Airways has once again denied access to a member of string ensemble Time for Three with his instrument. Double Bassist Ranaan Meyer (pictured) was told by the airline’s supervisor and shift manager at Los Angeles International Airport that he would not be permitted to fly home to Philadelphia with his bass after appearing on television show ‘Dancing with the Stars’ on Monday night.

The airline’s transport policy states: ‘Musical instruments are considered a fragile item. Fragile items will be accepted as checked baggage if they are appropriately packaged in a container/case designed for shipping such items.’

Meyer filmed the incident, stating, ‘I’ve hit a brick wall. I can’t fly home on US airways today. Bass players, cello players, do not fly with this airline!’

He later managed to rebook himself on a Delta Air Lines flight, checking in his bass without incident.

Earlier this year, fellow Time for Three members, violinists Zachary De Pue and Nicolas Kendall, were left stranded on the tarmac at Charlotte Douglas International Airport when the captain and crew decided their violins were not allowed in the cabin.