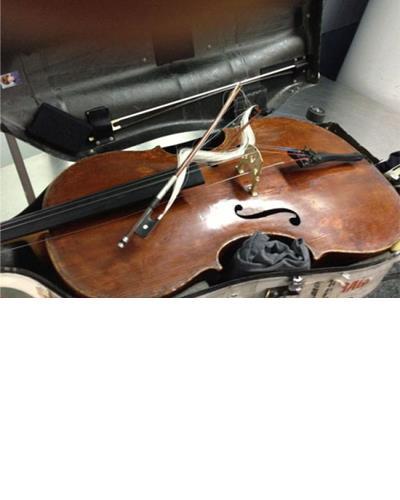 A rare Heinrich Knopf bow belonging to Alban Gerhardt was damaged by security officers as he entered the US. In what the cellist called ‘an act of brutal and careless behaviour’, the bow stick (right) was snapped in two, over the bridge of the cello, by air security staff at Washington Dulles International Airport as they examined the case’s contents.

According to Gerhardt, ‘The bow must have somehow moved halfway out of its cover (the tip was still in the cover), and when it was halfway out, [Transportation Security Administration workers] forced the case shut and the bow broke.’ He discovered the damage when he arrived at O'Hare International Airport, Chicago, and reclaimed the case. The incident occurred on 6 February, a day before Gerhardt was due to perform Prokofiev’s Symphony–Concerto with the Madison Symphony Orchestra in Madison, Wisconsin.

Gerhardt had also brought a Baroque bow in the case, for a subsequent concert in New York, but for the Prokofiev he was obliged to borrow a bow from Uri Vardi, a cellist and teacher at the University of Wisconsin School of Music.