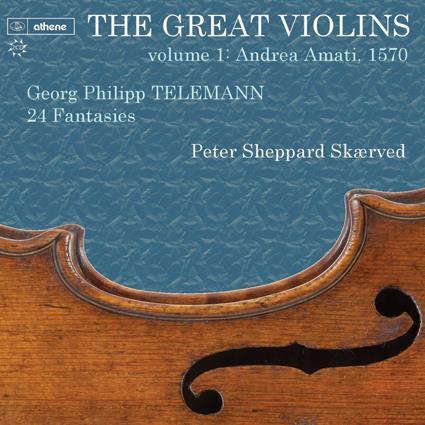 Sheppard Skærved gives polished, colourful accounts of the quasi-improvisatory violin fantasias but he sometimes overcooks the flexibility of his approach, resulting in phrases losing their natural flow and shape; his drawn-out spreading of multiple-stopping exacerbates this impression. Intonation is not beyond reproach but he plays the dances with aplomb, especially the finales of nos.2, 4 and 11. Chromatic slides are effective in the rustic Vivace of no.12 but the subsequent cross-string trill and the slide to a harmonic in the Presto of no.10 seem misplaced. Extempore ornamentation is pleasing but relatively sparse. Particularly wearisome is the persistent gaping void left between the final two notes of most movements. Similar views apply to Sheppard Skærved’s readings of the flute fantasies, which he adapts to the violin by introducing some double-stopping and G-string sonorities.

His approach to accentuation and rhythmic flexibility remains quirky (sample the Allegro of no.4), as does his delight in the open

E string, even as a trilling agent (Allegro of no.2), and in emphasising chromatic lines with slides (the second Largo of no.3). Regrettably, the tongue-in-cheek glissando to a harmonic reappears in no.9’s Vivace and he neglects to overdot consistently the Alla Francese of no.7. The close, reverberant recording reveals some unscripted notes and noises.