The darker side of Heifetz the autocratic teacher

The great violinist was an inspirational teacher but not always kind or reasonable, remembers former student Gwen Thompson-Robinow 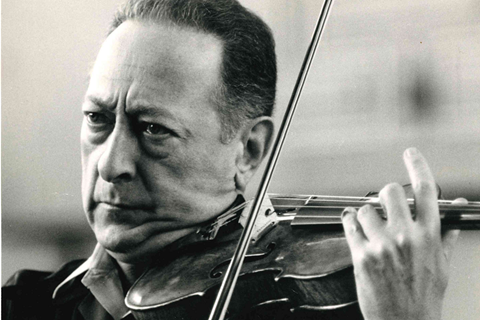 The following is an extract from a longer article in The Strad’s September 2018 issue. To read further, download now on desktop computer or via the The Strad App, or buy the print edition

Gwen Thompson-Robinow was one of five violinists accepted into Heifetz’s class in 1969.

‘When Mr Heifetz stood three feet in front of me and started the Elgar Concerto, it was so intense, so incredibly powerful, that I used to sit by the door, because I would feel like I was going to vomit. That’s the strength that he had. It was unreal to be that close.’

Heifetz was obsessive about appearance, as he made clear to Gwen from the outset. ‘The first time I played to him he said, “From the neck up and the knees down, you’re fine.” At the time, I was around 22 and weighed 220 pounds. He asked me, “Do you want people to feel sorry for you when you walk on stage? Because people listen with their eyes.” 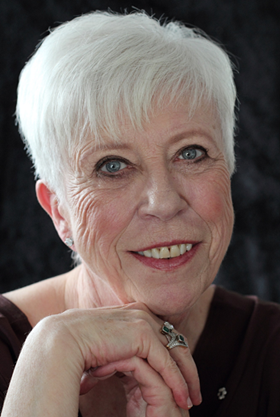 After that, ‘scales’ took on a new meaning: at the end of each class Heifetz kept Gwen behind to weigh her. She lost 80 pounds that year, yet she has no hard feelings. ‘It made me more aware of how I presented myself, and it brought out a real dramatic quality in my nature that made me very strong and confident,’ she says.

The approach did not work out so well for everyone, of course: in one case, the maestro directed his irritation at a student’s hairstyle and ordered him to have it cut. When the student returned not with a haircut but instead with an ill-fitting wig, Heifetz permanently expelled him from his class.

Once he even asked her to stay in California at Christmas time, to improve her game. ‘I said to him, “I have to go home to Winnipeg, to see my parents,” and he said, “Oh, what have your parents got to do with it?” With someone else he might have said, “Well, go home for Christmas and don’t come back.” You just never knew.

‘When I left his studio for the last time I remember having my hand on the door, just wanting to get out, because I didn’t know what he was going to say next.’

The is an extract from a longer interview in which Gwen Thompson-Robinow recalls her experiences learning from Joself Gingold, Jascha Heifetz and Ivan Galamian in The Strad’s September 2018 issue. To read further, download now on desktop computer or via the The Strad App, or buy the print edition